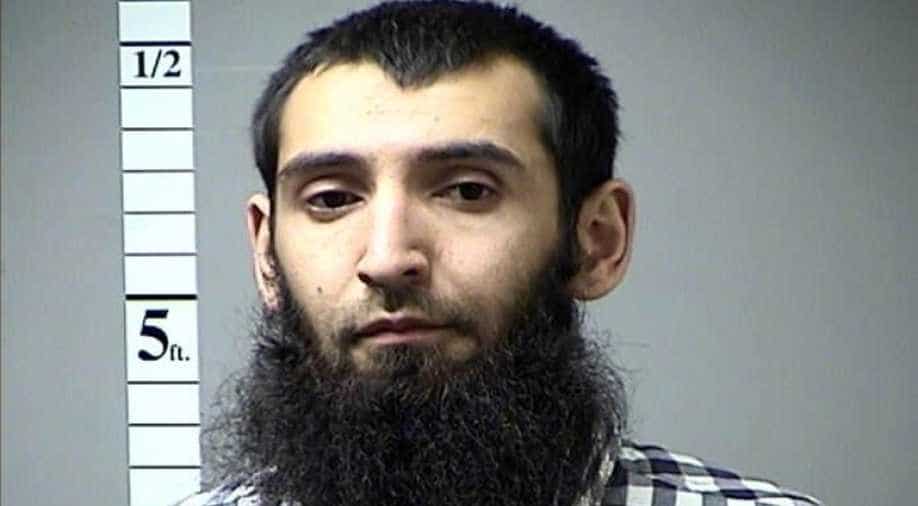 Mayor Bill de Blasio declared New York Marathon will be held as planned.?||President Trump criticised the nation's visa system in the wake of the attack and blamed the Democrats and pressed for a 'merit-based'?program for immigrants.

New York police said today that Sayfullo Saipov, the man who drove a truck through a cycle path, killing eight people in lower Manhattan, was planning the attacks for weeks.

"Based on the investigation overnight, it appears that Mr Saipov had been planning this for a number of weeks," John Miller, deputy commissioner of the New York Police Department said.

Police also added that Saipov was interviewed at the hospital but did not give details.

Sayfullo Saipov had never been the subject of a federal or local police probe, John Miller, deputy commissioner of the New York Police Department told reporters.

"It will go on as scheduled. It will be an extraordinary event, as it always is," Mayor Bill de Blasio told a news conference.

"Police will be mixing in with the crowds to detect any suspicious activity," Gomez added.

US President Donald Trump criticized the nation's visa system in the wake of Tuesday's truck attack blaming Democrats and pressed for a 'merit-based' program for immigrants to the United States.

"The terrorist came into our country through what is called the 'Diversity Visa Lottery Program', a Chuck Schumer beauty. I want merit-based," Trump wrote in a post on Twitter, referring to the Senate Democratic leader.