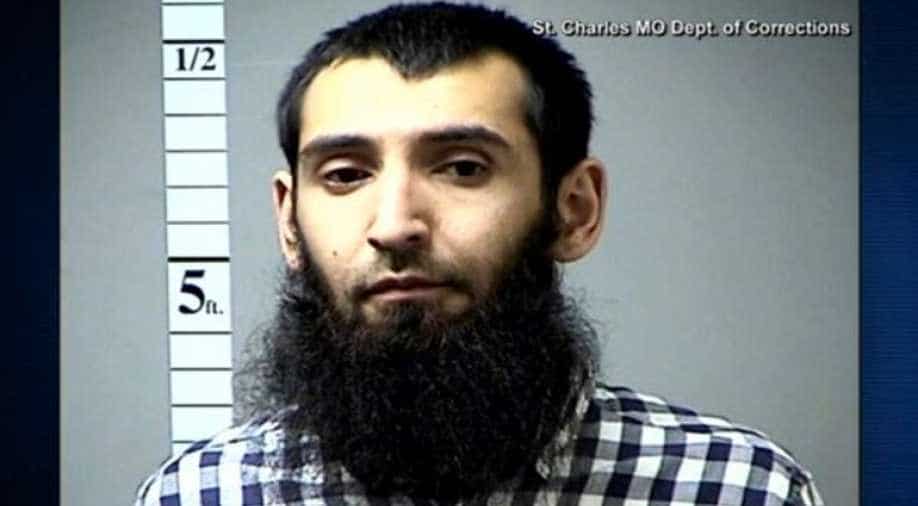 The suspect in custody, named unofficially as Sayfullo Saipov, was an Uber driver, it has emerged. Photograph:( Reuters )

The police have released the mugshot of the suspect in New York terrorist attack.

The suspect in custody, named unofficially as Sayfullo Saipov, was an Uber driver, The Guardian reports.

Officials have not confirmed that the 29-year-old suspect is Sayfullo Saipov, but he has been widely identified by media and now by verification from Uber that he was a driver for them.

The man now in custody was shot in the abdomen by police after he left the rental truck, having mown down a number of pedestrians and cyclists and ramming a school bus. He was wielding what turned out to be a pellet gun and a paintball gun, the report added.

He has undergone surgery and remains in critical condition in hospital. He is expected to survive.

Saipov is 29 and originally from Uzbekistan. He reportedly came to the US legally in 2010 and has since been connected to Florida, New Jersey and Ohio.

Uber confirmed that Saipov passed the background check to become one its drivers.

Uber has now banned Saipov from the app.