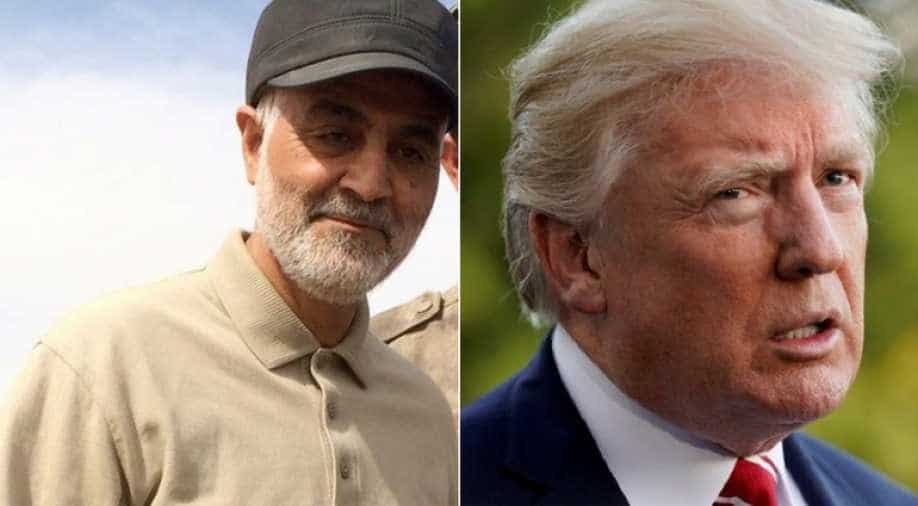 Former President Trump had imposed large scale sanctions against Iran and had walked out of the nuclear deal in 2019.

According to reports, US officials have threatened “severe consequences” against Iran after it imposed sanctions against former President Trump administration officials calling it an assassination threat.

Former President Trump had imposed large scale sanctions against Iran and had walked out of the nuclear deal in 2019 citing national security threats as Iran revived its nuclear programme.

White House national security adviser Jake Sullivan said the US will "protect and defend its citizens" including "those serving the United States now and those who formerly served."

Iran's Revolutionary Guard had vowed to take revenge after its commander General Soleimani was killed in a US drone in Iraq's capital Baghdad on January 3, 2020.

Also Read in Pics: How has Iran been doing after US left landmark nuclear deal?

Iran on Saturday had announced sanctions on US chairman of the joint chiefs of staff Mark Milley for his alleged role in the assassination of General Soleimani. The Iranian regime had also imposed sanctions against  50 Americans including senior officials.

The Iranian Quds force once again reiterated the threat relaying it its state media saying "we will provide for the basis of revenge against the Americans from within their houses and by people by their side without us being present," while adding that, "if wise people in America are found who deal with those who committed the atrocity of assassinating commander Soleimani."

In a hard-hitting reply, the US said the country is united against "threats and provocations" while adding that it will work with allies "to deter and respond to any attacks carried out by Iran."

The development comes even as the US and other Western powers are engaged in talks to revive the 2015 nuclear deal. The talks stalled last year after the new regime came to power in Iran, although it had restarted but several issues are yet to resolved even as the US has insisted that time is running out for the deal.