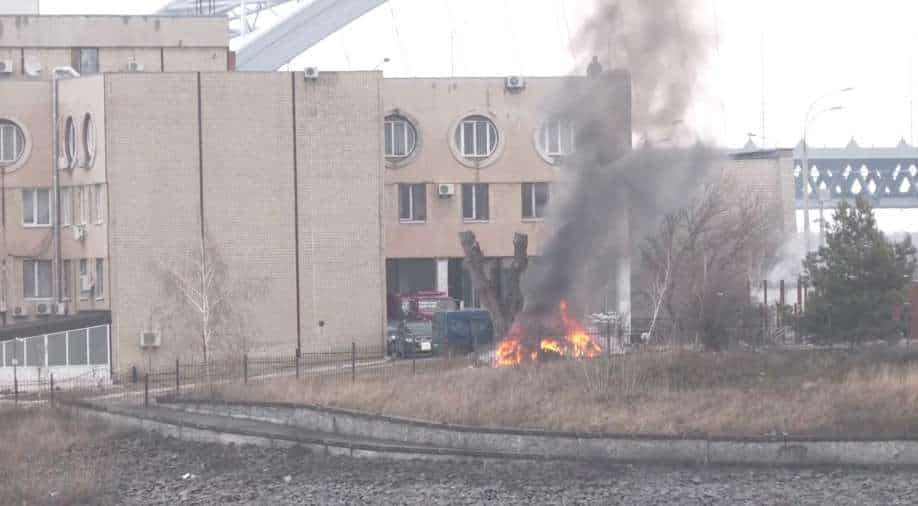 Smoke rises as a fire burns on the premises of the Ukrainian defence ministry in Kyiv Photograph:( Reuters )

After launching strikes against Ukraine, President Putin had said Russia's response would be 'immediate' against 'whoever tries to hinder us'

Ukraine President Volodymyr Zelensky said Russian troops resumed missile attacks on Friday morning at 4am while declaring that both military and civilian targets were being hit.

The Ukraine president said Russian troops were stopped from advancing in most directions as reports said there was heavy bombing reported in capital Kyiv.

Zelensky told a television channel that the "world is continuing to observe what is going on in Ukraine from afar."

The Ukraine president had said earlier said that a "new Iron Curtain" had descended and it "is closing Russia off from the civilised world".

President Putin had earlier said Russia's response would be "immediate" against "whoever tries to hinder us". "It will lead you to such consequences that you have never encountered in your history," the Russian president warned amid strikes against Ukraine on Friday.

Zelensky added that sanctions imposed on Russia are "not enough".

Meanwhile, Reuters quoted Ukraine's government adviser as saying that Russia plans to break through into Kyiv with tanks. The government official said defenders in Kyiv were ready with "anti-tank missiles supplied by our allies".

Also Read in Pics: First pictures of attack on Kyiv on Day 2