Russia-Ukraine conflict: First pictures of attack on Kyiv on Day 2

WION brings you images from the scene of conflict a day after Russian troops launched an invasion of its Western-backed neighbour.

Russian missiles and shelling rained down on Ukrainian cities on Thursday after President Vladimir Putin unleashed a full-scale ground invasion and air assault, forcing civilians to shelter on metro systems. 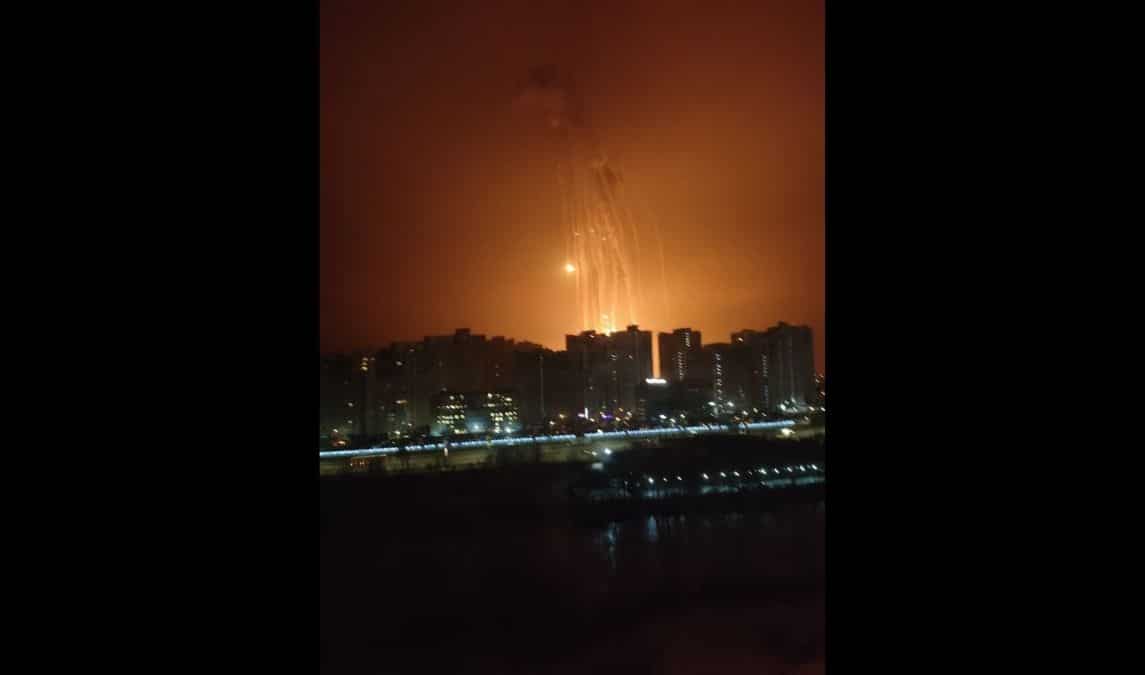 Two loud blasts were heard in the center of Ukraine's capital Kyiv in the early hours of Friday morning, around 04:20 am.

Videos shared by residents on social media show an explosion in the sky raining burning shrapnel onto the city. 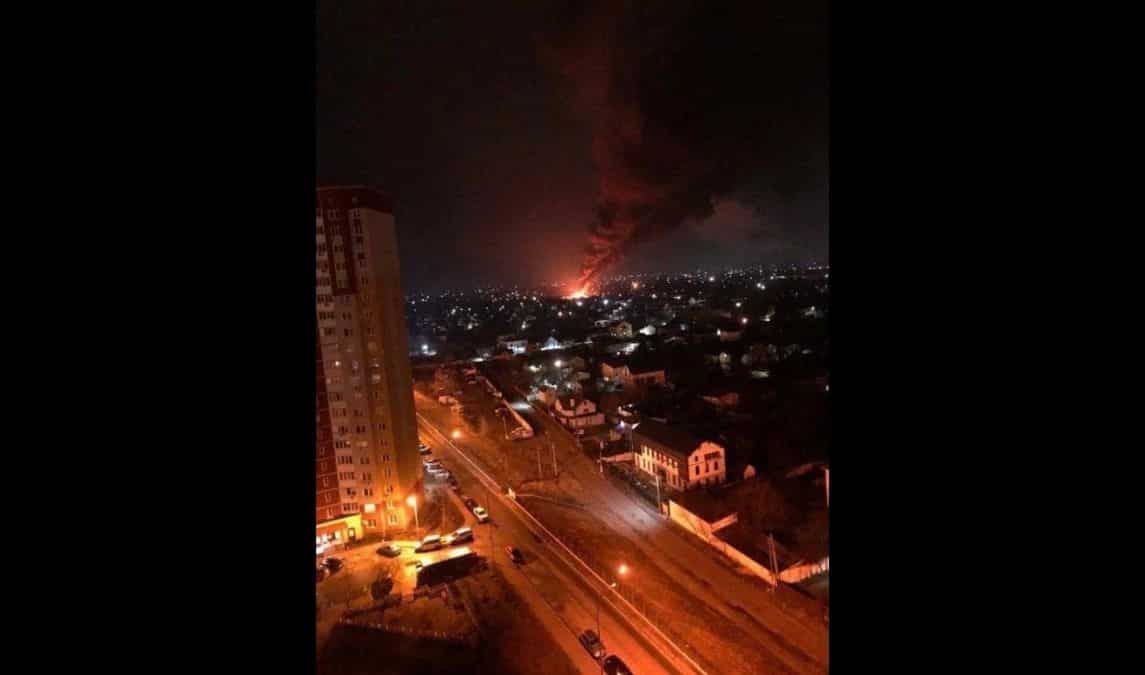 Ukrainian forces claim they shot down Russian aircraft over Kyiv

Ukrainian forces downed an enemy aircraft over Kyiv in the early hours of Friday, which then crashed into a residential building and set it on fire, said Anton Herashchenko, an adviser to the interior minister.

It was unclear whether the aircraft was manned. Herashchenko wrote on Telegram that a nine-storey residential building was on fire.

A series of explosions were heard in Kyiv earlier which Herashchenko said were the sounds of air defences firing at the aircraft. 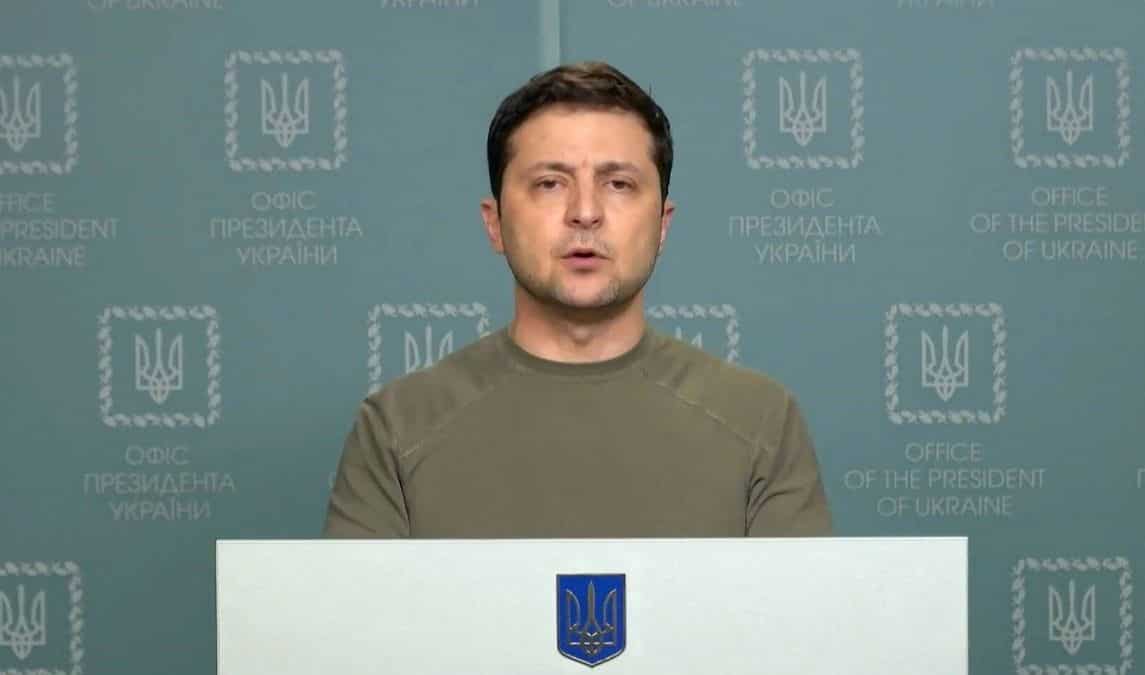 Ukrainian President Volodymyr Zelensky said that his country had been left on its own to fight Russia following the Kremlin's large-scale invasion which killed 130 Ukrainians on the first day.

The president added that he remained in Ukraine with his family despite Russia identifying him as "target number one". 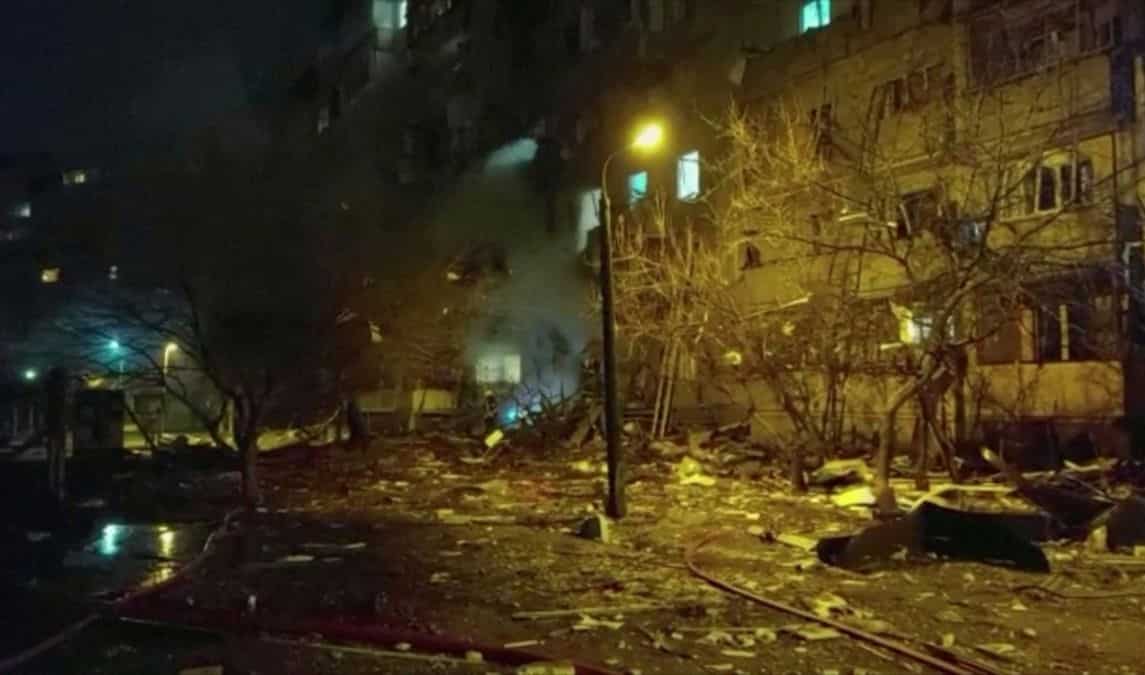 "Last time our capital experienced anything like this was in 1941 when it was attacked by Nazi Germany. Ukraine defeated that evil and will defeat this one." 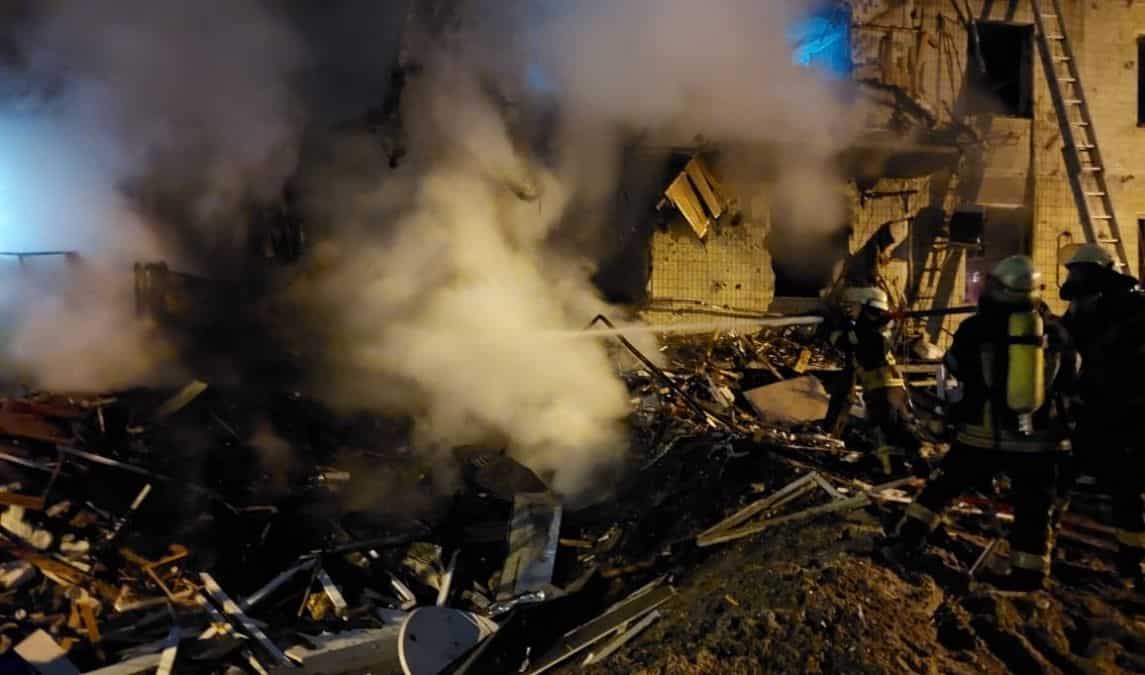 Firefighters extinguish a blaze at a damaged residential building at Koshytsa Street, a suburb of the Ukrainian capital Kyiv, early on Friday.

Invading Russian forces pressed deep into Ukraine as deadly battles reached the outskirts of Kyiv, with explosions heard in the capital early morning.