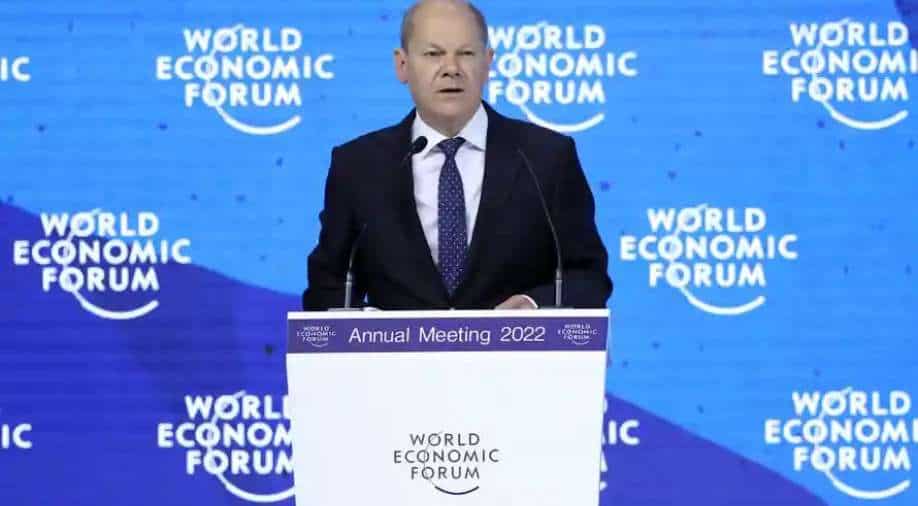 Taking aim at the Russian president Scholz said, 'A major nuclear power is behaving as if it has the right to redraw borders'

German Chancellor Olaf Scholz on Thursday asserted that Russian President Vladimir Putin will not win the war against Ukraine, adding that he will not be allowed to dictate peace.

The chancellor made the comments at the World Economic Forum (WEF) in Davos, primarily focusing on Russia's invasion of Ukraine. He is the only head of state from a G7 country to physically appear at this year's conference.

Taking aim at the Russian president Scholz said, “A major nuclear power is behaving as if it has the right to redraw borders”

"Putin wants a return to a world order in which might dictates what is right — in which freedom, determination and sovereignty are not for everyone,” Deutsche Welle (DW) news outlet quoted Scholz as saying.

"We cannot allow Putin to win this war," the chancellor said, adding, “It is a matter of making it clear to Putin that there will be no dictated peace — Ukraine will not accept that, and neither will we,” he added.

Scholz said that Putin “underestimated” the “resolve and strength” of allies in countering his aggression in Ukraine. He claimed that Kremlin’s actions in Ukraine has also now pushed Finland and Sweden to join the NATO military alliance.

“Our goal is crystal clear - Putin must not win this war. And I am convinced that he will not win it,” the German chancellor said.

He added that Germany’s support for Kyiv will continue to be coordinated with allies and that it will not allow NATO to become a “party in the conflict”.

Scholz, however, did not address criticisms from Ukraine that Germany was not doing enough in supplying Kyiv with heavy weapons, AFP reported.

Ukraine has been urging Berlin to speed up deliveries of heavy armaments including Leopard tanks and Marder armoured vehicles.