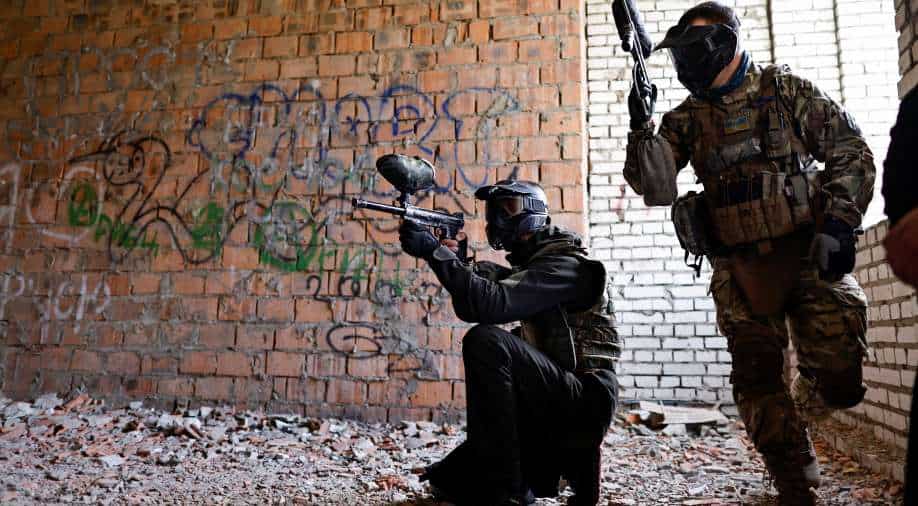 As Russia launched the Donbas offensive, Ukraine President Volodymyr Zelensky asserted that 'no matter how many Russian soldiers are brought here, we will fight. We will defend ourselves'.

Ukraine President Volodymyr Zelensky declared on Tuesday that "Russian troops have begun the battle for the Donbas".

The Ukraine president added that Russian troops were "preparing for a long time" for the Donbas offensive. Putin's forces had captured Crimea from Ukraine in 2014, ever since then pro-Russian separatists have been fighting Ukraine's forces in a low-intensity war in the eastern region.

Zelensky asserted that "no matter how many Russian soldiers are brought here, we will fight. We will defend ourselves."

Lugansk governor added that Russia had entered the eastern region with "huge amount of military hardware" as Ukraine's army retreated to "new positions".

President Putin had announced a "special military operation" on February 24 as his forces launched an invasion against Ukraine. However, Ukraine's forces have maintained fierce resistance against Russian forces for nearly two months with most regions holding against Russia's overwhelming military power.

Ukraine had pulled out civilians from Donbas region in anticipation of the Russian attack even as Putin's forces continued their push towards Mariupol which has reportedly been encircled.

Russia had directed Ukrainian forces to surrender on Sunday, however, Zelensky's forces rejected the proposal vowing to fight till the end.

Russia escalated the offensive on Ukraine on Monday targeting key cities while pounding Lviv city with missiles. Kremlin said the Lviv strike was aimed at an ammunition depot where Ukraine had apparently stored weapons sent by the US and Europe.

Meanwhile, Pentagon said a shipment worth $800-million is ready to be delivered to Ukraine as Russia prepares to carry out a major offensive in Donbas.