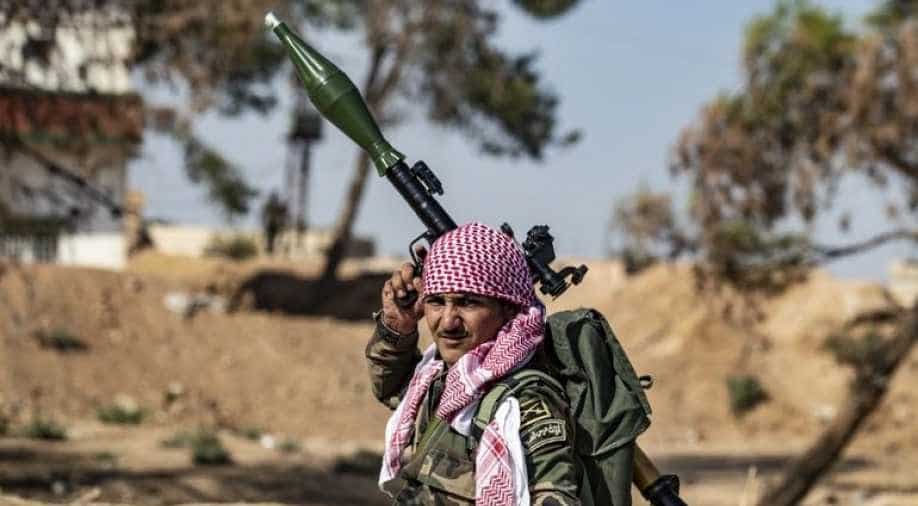 Russia said Thursday it was patrolling in areas along the "line of contact" between Syrian and Turkish forces.

Russia said Thursday it was patrolling in areas along the "line of contact" between Syrian and Turkish forces, as the United States-led coalition in Syria confirmed it had pulled its troops from the area.

Russia's defence ministry said the patrols were taking place after Syrian government troops took control of the city of Manbij.

"The Syrian government army has full control over the city of Manbij and nearby settlements," the ministry said in a statement.

"Russian military police continue to patrol the northwestern border area of Manbij district along the line of contact between the Syrian Arab Republic and Turkish armed forces," it said.

"Cooperation is organised with the Turkish side."

A spokesman for the US-led coalition confirmed its forces had pulled out of the area.

"Coalition forces are executing a deliberate withdrawal from northeast Syria. We are out of Manbij," the spokesman said.

Syrian forces moved into the area as part of a deal that has seen regime troops deploy in several Kurdish-controlled areas in Syria's north to protect the region from an assault by Turkish forces.

Russia is a key ally of President Bashar al-Assad and launched a military intervention in 2015 in support of his forces.

Moscow's special envoy on Syria, Alexander Lavrentyev, said Tuesday that it would not allow clashes between Turkish and Syrian forces.

"This would simply be unacceptable... And therefore we will not allow it, of course," Lavrentyev, who was on a visit to the United Arab Emirates, was quoted as saying by Russian news agencies.

He said Turkish and Syrian officials were in contact to avoid any conflict.

"Negotiations are taking place in real-time," he said.