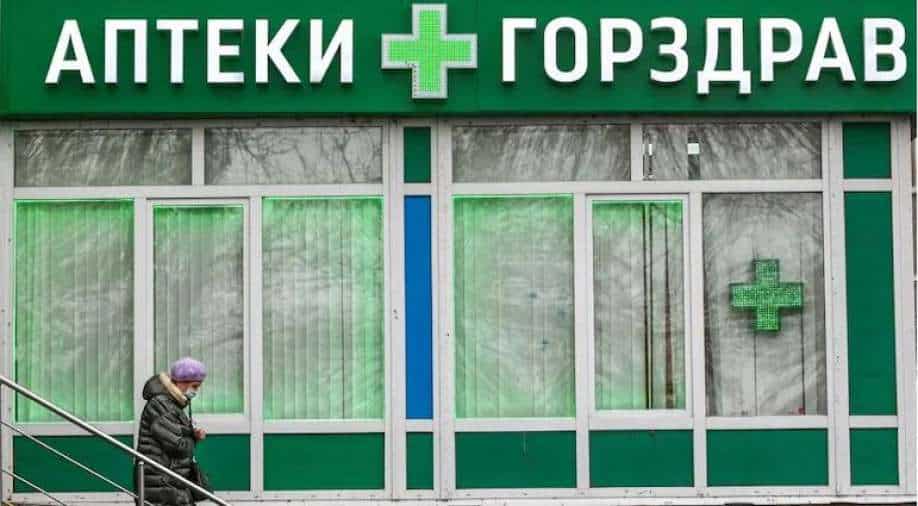 Russian pharmacies are running out of medicines in the wake of sanctions imposed on the country. Photograph:( AFP )

India is now a minor player in the Russian market, but it intends to nearly double its exports this year to Rs 2 billion  ($26.2 million).

As a result of the West's punishing sanctions, pharmacies in Russia are running out of crucial medicines.

Prices have risen by up to 20% as consumers hurry to stock up on supplies that are running out.

After sanctions and logistical bottlenecks curtailed imports from Europe and China, Russia is now looking to India for more medical equipment.

The fundamental cause of the current drug shortage is that Russian banks have been cut off from the international banking system as a result of the sanctions, leaving pharmacies in the country unable to pay for deliveries.

There are also logistical issues, since certain shipping companies, including the market leader Maersk, have halted all cargo transports into and out of Russia.

According to a survey of 3,317 doctors conducted by members of the Vrachi.rf professional community, Russian doctors are facing a shortage of more than 80 medicines.

According to Bloomberg, India is expecting to increase exports to Russia as the two countries work out a payment scheme in local currencies similar to one used during the Cold War to keep bilateral trade going while Moscow is subjected to harsh international sanctions.

The US and its allies have chastised New Delhi for buying more Russian oil after attempting to isolate Russia over its conflict in Ukraine.

India is now a minor player in the Russian market, but it intends to nearly double its exports this year to Rs 2 billion  ($26.2 million).

Watch | West sanction has not stopped Russia from halting invasion