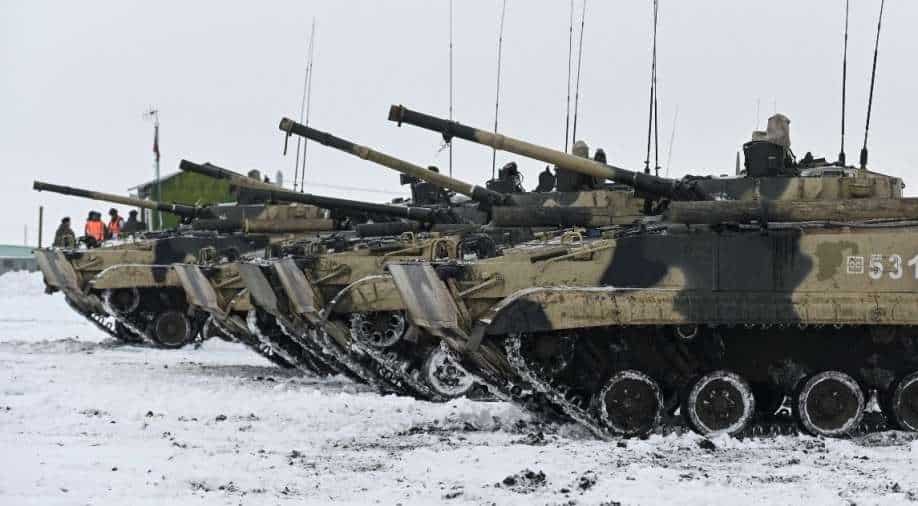 Ukrainian President Volodymyr Zelensky said Kyiv had observed only "small rotations" that did not signify any real change.

Russia on Thursday (February 17) announced a new drawdown of military forces from the Moscow-annexed Crimean peninsula, continuing a troop withdrawal.

While the United States warned that Moscow's announcement of a troop withdrawal is false. A senior White House official said that Russia has increased its presence on the border with Ukraine "by as many as 7,000 troops".

In a statement that was published by Russian news agencies, the country's defence ministry said: "Units of the southern military district that ended tactical exercises at training grounds on the Crimean peninsula are returning by rail to their permanent bases."

The defence ministry said that tank units of the western military district had departed on a military train for their bases 1,000 kilometres away. However, no details were provided to specify the number of troops or equipment involved.

Meanwhile, the senior White House official said that Russia could launch a "false" pretext to invade Ukraine "at any moment". The official added that while Russia has said it wants to reach a diplomatic solution, its actions indicate otherwise.

Western countries have claimed that Russia has amassed well over 100,000 troops and significant military hardware near Ukraine's borders. The West also fears that such massive troops build-up could result in the potential invasion of Ukraine, which Washington says could take place "at any time".

On the other hand, Russia has repeatedly denied any plans for an attack but has agreed that "large-scale" military exercises are taking place in various areas. Russia has never specified the number of troops present at the Ukraine border region.

Ukrainian President Volodymyr Zelensky said Kyiv had observed only "small rotations" that did not signify any real change.