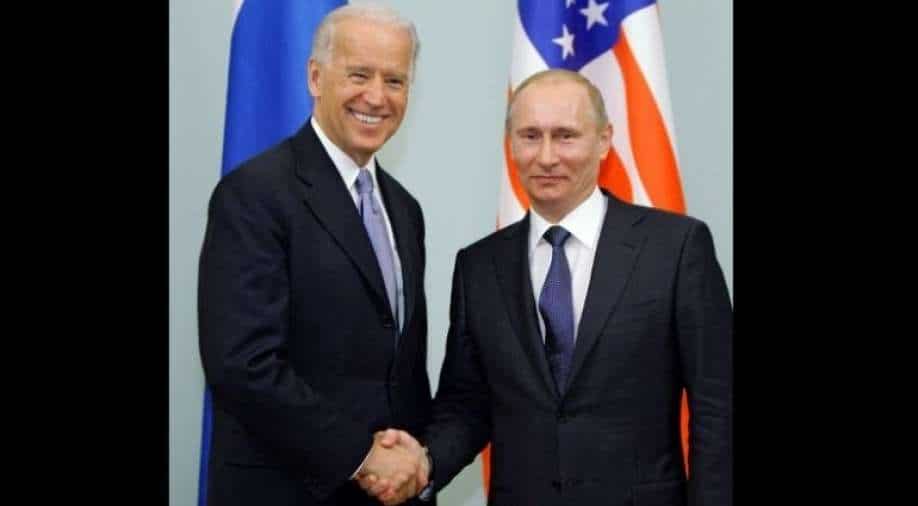 'The document prepared by the US intelligence community is another set of groundless accusations against our country of interfering in American internal political processes,' Russia replied

A few hours after a US intelligence report claimed that the Russian President Vladimir Putin likely directed meddling in US election 2020, the current US President Joe Biden has said he agrees that Putin is a 'killer'.

"He will pay a price. You'll see shortly," Biden said during an interview with an international media house, ABC News.

"I know him [Putin] relatively well," Biden said, recalling his conversation with Russian ruler in January 2021. "The most important thing dealing with foreign leaders in my experience [...] is just know the other guy," he added.

The US President also added a subtle "I do" when asked if he believes his Russian counterpart is a 'killer'.

This statement has come after a 15-page report, released by the Office of the Director of National Intelligence on Tuesday, claimed that the Russian President likely directed efforts to try and sabotage Biden's chances of winning the US election 2020 against Donald Trump.

"Putin had purview over the activities of Andriy Derkach," the report said. "Other senior officials also participated in Russia's election influence efforts - including senior national security and intelligence officials who we assess would not act without receiving at least Putin's tacit approval."

However, these claims were dismissed by Russia. "The document prepared by the US intelligence community is another set of groundless accusations against our country of interfering in American internal political processes. The conclusions of the report on Russia conducting influence operations in America are confirmed solely by the confidence of the intelligence services of their self-righteousness. No facts or specific evidence of such claims were provided,"  the Russian Embassy in Washington said on Wednesday.

Immediately after Biden's statement, Russia's lower house of parliament denounced the US President for agreeing that Putin is a 'killer'. Claiming that attacks on Putin are attacks on Russia, State Duma speaker Vyacheslav Volodin wrote on his Telegram channel that "Biden insulted the citizens of our country with his statement".