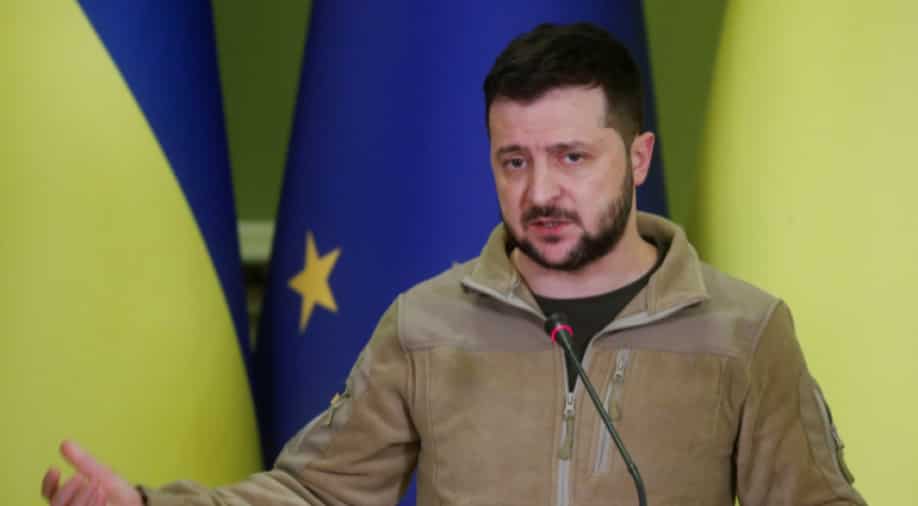 Ukraine president Volodymyr Zelensky confirmed that the Russian military forces currently control around 20 per cent of Ukraine’s territory but added that “Ukrainian defence forces have liberated 1,017 localities till now”.

The ongoing conflict between Russia and Ukraine entered its 100th day on Thursday and there seems to be no solution in sight right now. The Russian forces have been attacking Ukrainian cities on multiple fronts but an impressive resistance from the local army and citizens have seen the aggressors face massive setbacks during the invasion. However, Ukraine president Volodymyr Zelensky confirmed that the Russian military forces currently control around 20 per cent of Ukraine’s territory but added that “Ukrainian defence forces have liberated 1,017 localities till now”.

“Russian troops invaded 3,620 populated localities of Ukraine. 1,017 of them have already been liberated, another 2,603 need to be liberated. As of today, about 20 per cent of our territory is controlled by the occupiers, almost 125,000 square km. It is much more than the area of all Benelux countries combined,” Zelensky said in his address to politicians and the people of Luxembourg according to AFP.

Also read | Suicide by firearms among youth in the US highest in 20 years: Report

During the address, Zelensky also said that the invasion started eight years ago when Russia started attacking parts of Ukraine and between 2014 and 2022, they ended up controlling around 43,000 square km of Ukraine’s territory.

The captured Ukrainian areas included Crimea and a major chunk of the Donetsk and Luhansk regions.

The AFP report also stated that Zelensky pointed out during the speech that around 300,000 square km of Ukraine’s territory were filled with mines since the invasion started – something that can contaminate the soil of the country for years to come.

“Moreover, 12 million Ukrainians have become internally displaced persons and more than 5 million, mostly women and children, have left the country,” he added.