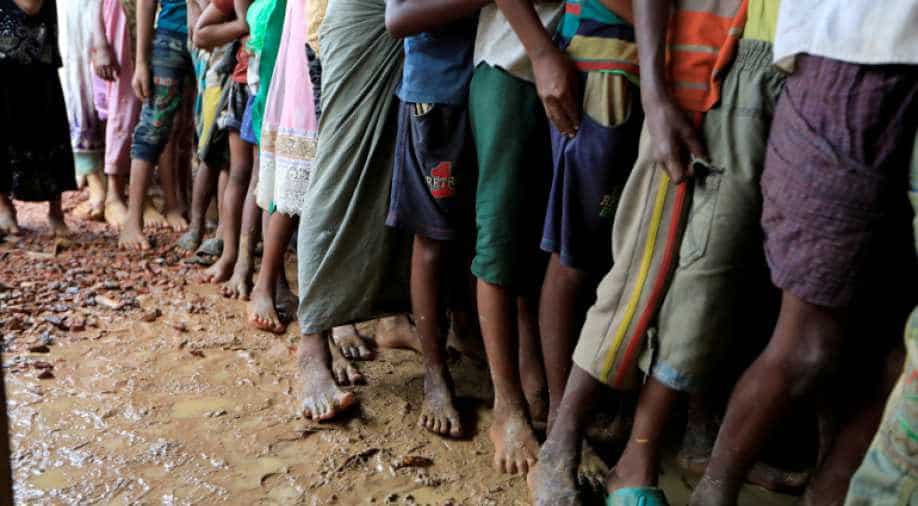 The official said China's principle was not to interfere in the internal affairs of another country. Photograph:( Reuters )

Experience shows that foreign interference in crises does not work and China supports the Myanmar government's efforts to protect stability, a senior Chinese official said on Saturday, amid ongoing violence in Myanmar's Rakhine state.

More than 500,000 Muslim Rohingya have fled across the border to Bangladesh following a counter-insurgency offensive by Myanmar's army in the wake of militant attacks on security forces.

Guo Yezhou, a deputy head of the Chinese Communist Party's international department, told reporters on the sidelines of a party congress that China condemned the attacks in Rakhine and understands and supports Myanmar's efforts to protect peace and stability there.

China and Myanmar have a deep, long-standing friendship, and China believes Myanmar can handle its problems on its own, he added.

Asked why China's approach to the Rohingya crisis was different from Western nations, Guo said that China's principle was not to interfere in the internal affairs of another country.

"Based on experience, you can see recently the consequences when one country interferes in another. We won't do it," he said, without offering any examples of when interventions go wrong.

China does not want instability in Myanmar as it inevitably will be affected as they share a long land border, Guo said.

"We condemn violent and terrorist acts," he added.

Guo's department has been at the forefront of building relations with Myanmar leader Aung San Suu Kyi, who visited China in 2015 at the Communist Party's invitation, rather than the Chinese government's.

The European Union and the United States have been considering targeted sanctions against Myanmar's military leadership.

Punitive measures aimed specifically at top generals are among a range of options that have been discussed, but they are wary of action that could hurt the wider economy or destabilize already tense ties between Suu Kyi and the army.