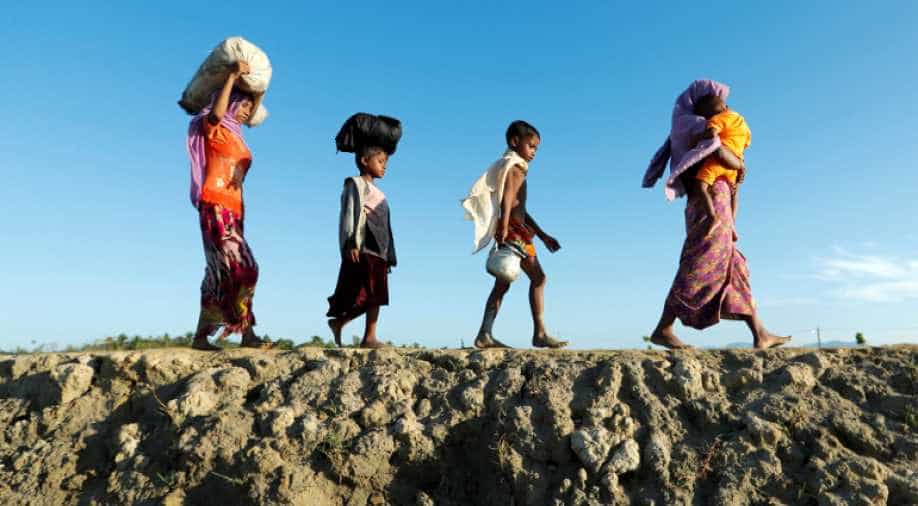 Rohingya refugees arrive at a beach after crossing from Myanmar, in Teknaf, Bangladesh Photograph:( Reuters )

After the coordinated Rohingya insurgents attack in the Rakhine state of Myanmar, almost 582,000 Rohingya have fled Bangladesh since August 25. ||The United Nations warned that thousands more Rohingya refugees were stranded at the border.

The UN refugee agency said today between 10,000 to 15,000 new Rohingya refugees arrived at the Bangladesh border in the last 48 hours, informing that at least 582,000 Rohingyas have fled Myanmar so far with several thousands still stranded at the border.

Last week the United Nations had said over 11,000 Rohingyas had crossed into Bangladesh in one day after the rate of influx had slowed to 2,000 per day.

Many of the refugees are reported to come from the Buthidaung area in Myanmar's northern Rakhine state, which is 20-25 kilometres east of Maungdaw, Reuters had reported.

One Bangladesh Border Guard (BGB) official told AFP on condition of anonymity that the new arrivals were being held in an area of no man's land, although it was not immediately clear why.

He said UNHCR staff had spoken with people who described walking for a week to reach the Bangladesh border. Most are still squatting in paddy fields in Bangladesh, and were waiting for permission to move away from the border, he said.

"Every minute counts given the fragile condition they're arriving in," said Mahecic. Mahecic said many had chosen to remain in their homes in Myanmar's Rakhine state despite repeated threats to leave or be killed.

"They finally fled when their villages were set on fire," he said.