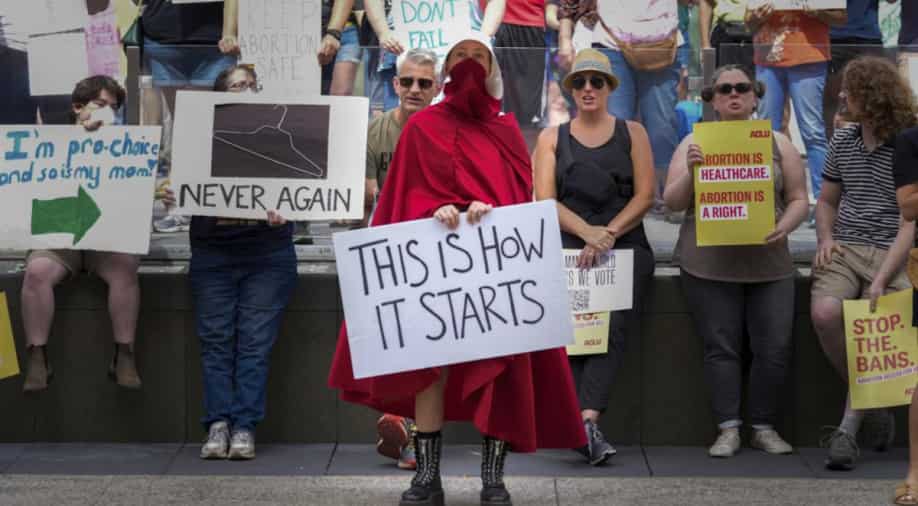 According to experts geolocation data or an internet search history might serve to incriminate women or those who help them in states that opt to ban abortion as states move to restrict or ban the procedure after the Supreme Court's landmark reversal.

Tech giants such as Meta and Google, which have come forward to help female employees relocate and sponsor travel to abortion clinics in different states, track their users in order to sell ultra-targeted and personalized advertising space.

With a warrant, the information is accessible to authorities and can be misued as a data dragnet weaponised against women seeking abortions and those helping them.

Eight US states have already banned abortion after the Supreme Court ruling gave them the freedom to do so by overturning Roe v. Wade.

Over 40 US Democratic lawmakers have written a letter to Google chief executive Sundar Pichai warning him about the risks posed by its data practices and urging changes.

Demanding that Google get rid of location data that could be "weaponised against abortion patients and doctors," nonprofit digital rights group Fight For The Future echoed the legislators' plea in an online petition.

From text messages to emails, data from apps, especially those used to track menstrual cycles, can hold significant pregnancy-related data.