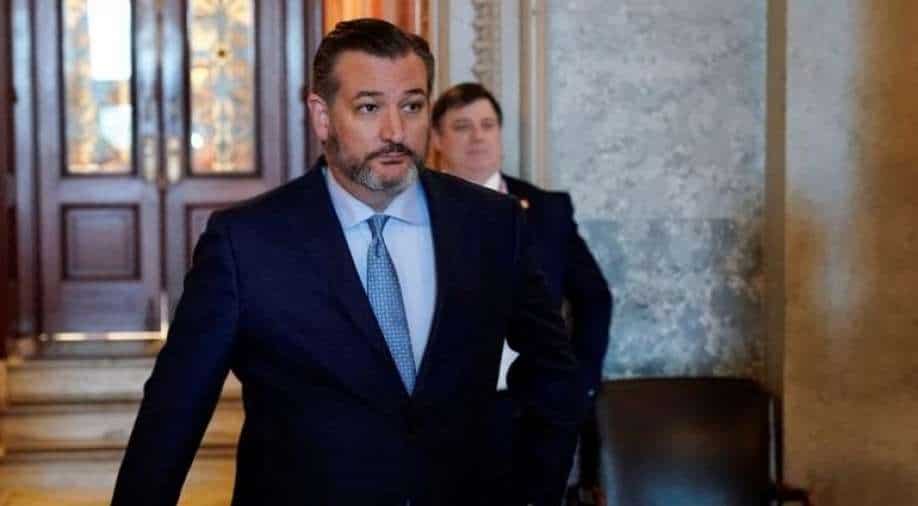 Republican Senator for Texas, Ted Cruz, has defended the use of Nazi salute by parents at a school board meeting in Ohio.

Calling them a gesture of 'free speech' Cruz slammed US Attorney General Merrick Garland for calling investigations into potential violence against school staff.

Cruz justified the move during a fiery Senate Judiciary Committee hearing and said ''My God! A parent did a Nazi salute at a school board because they thought the policies were oppressive.''

He dramatically said that the memo given to the Federal Bureau of Investigation says ''go investigate parents as domestic terrorists'' despite the fact that ''doing a Nazi salute at an elected official, is that protected by the First Amendment.''

When Garland denied the use of such sensationalised language, Cruz said ''I don’t care what the letter says.''

The US Justice Department has started an investigation in the rise of violence against teachers. It was reported that a parent at an Ohio school board meeting did the salute in response to a request to put on a mask.

Ted Cruz is a prominent Republican and fierce critic of US President Joe Biden.

He had vowed to block Democrats from obtaining consent to suspend the federal debt ceiling through a simple majority vote.

In addition to the toll that Cruz's actions are taking on the Treasury's ability to tackle the federal debt limit, they are hurting the Biden administration's ability to address other big problems, senior White House officials say, including a global minimum tax, terrorism, and financial intelligence.

He has been lambasted by democrats for the regressive Texas abortion law and motivating anti-vaxxers.

Cruz flew into a storm of criticism after leaving his home state of Texas in the grip of a deadly deep freeze, for a family holiday jaunt to the Mexican resort of Cancun he said he took to please his young daughters.