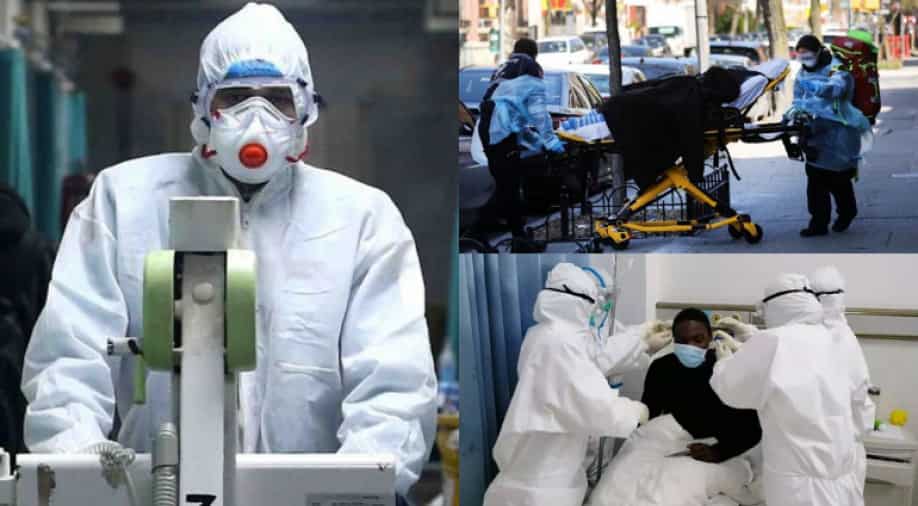 A new report report has exposed China’s criminal negligence in dealing with the coronavirus pandemic which has killed 3,77,404 people globally with over 6 million infections

A new report has exposed China’s criminal negligence in dealing with the coronavirus pandemic which has killed 3,77,404 people globally with over 6 million infections.

The Associated Press obtained internal recordings of the World Health Organization (WHO) featuring officials who led the organisation’s immediate response to COVID-19. The recordings are from the early days of the outbreak in China.

Maria Van Kerkhove, an epidemiologist, and the organisation’s technical lead for COVID-19 during one of the internal meetings of the organisation said,”We are going on very minimal information. It is clearly not enough for you to do proper planning.” This statement is believed to have been made in early January, which was a critical phase for the escalation of the virus.

“We are currently at the stage where yes, they are giving it to us 15 minutes before it appears on CCTV”, said Dr Gauden Galea, the WHO’s top official in China, while referring to CCTV, China’s state broadcaster.

These internal recordings suggest that China wasn’t sharing the complete information about the virus, and when the information came, its flow was very slow. Additionally, it points towards an internal debate within the WHO about China and dealing with the pandemic.

AP's report indicates that in the second week of January, WHO’s chief of emergencies, Dr Michael Ryan stepped in. He has been often seen fronting press conferences alongside the WHO Director general, Dr Tedros Adhanom Ghebreyesus.

Dr Michael Ryan can be heard saying it was time to “shift gears” and to apply “more pressure on China".

“This is exactly the same scenario, endlessly trying to get updates from china about what was going on”, Dr Ryan said while referring to the 2002 SARS outbreak which killed 800 people globally.

“The WHO Barely got out of that one with its neck intact given the issues that arose around transparency in southern China”, he said.

Reportedly, Dr Ryan made the statement in the second week of January. A few weeks later, Dr Tedros travelled to Beijing and met President Xi Jinping.

Also read: EU urges Trump to rethink decision to cut ties with WHO

And when he returned, Dr Tedros said that he was “impressed” with Xi Jinping’s response.

The tapes suggest that his team was raising concerns regarding China withholding information.

The AP Report says that the WHO was trying to coax more information from China, by lauding them in public.

However, this negligence led to infection spreading across the world over 180 countries.

The WHO has shrugged off any charges of lapses, and claimed they don’t want to get involved in politics.