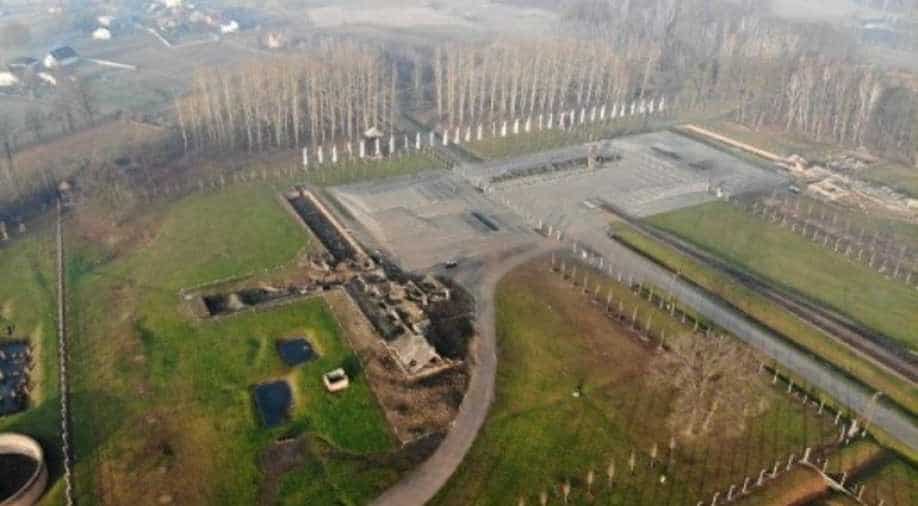 File Photo: An aerial picture taken on December 15, 2019 in Oswiecim, Poland, shows a view of the remains of gas chambers and crematoriums of Auschwitz I, which was part of former German Nazi death camp Auschwitz-Birkenau. Photograph:( AFP )

The figure was an increase of 170,000 on the visitor numbers from 2018, the previous record year

A record 2.3 million visitors toured former Nazi death camp Auschwitz-Birkenau last year, the museum said on Tuesday, as the site gears up to mark 75 years since its last prisoners were freed.

The figure was an increase of 170,000 on the visitor numbers from 2018, the previous record year.

The site in southern Poland has come to symbolise the Holocaust the killing of more than six million Jews by Nazi Germany.

Auschwitz Memorial officials have appealed to VIPs and celebrities including Microsoft billionaire Bill Gates and Oscar-winning actor Leonardo DiCaprio to help the site to reach one million Twitter followers by the 75th anniversary of the camp's liberation on January 27.

On that day, some 200 Auschwitz survivors and delegations from over a dozen countries will gather at the former death camp for ceremonies marking the milestone.

Some 1.1 million people, including a million Jews from across Europe, were killed by the Nazis at the camp from 1940 to 1945.

The other victims were mostly non-Jewish Poles, Roma, and Soviet prisoners.