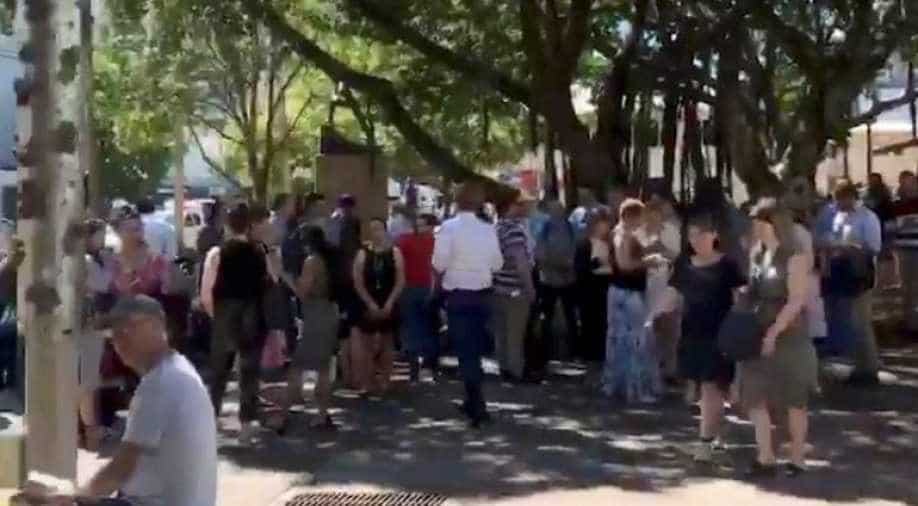 Strong shaking caused alarm in the East Timor capital of Dili prompting people to run out of their houses, a Reuters witness said, but there were no immediate reports of damage, injuries or deaths.

A powerful, deep 7.5 magnitude earthquake struck off the coasts of East Timor and Indonesia on Monday and was felt as far away as Australia, but authorities said it did not have the potential to cause a tsunami.

Strong shaking caused alarm in the East Timor capital of Dili prompting people to run out of their houses, a Reuters witness said, but there were no immediate reports of damage, injuries or deaths.

The quake struck in the Banda Sea in Indonesia and was felt across northern Australia. In Darwin, around 700km (435 miles) away from the epicentre, it hit at lunchtime and office workers sought safety outside. No damage or injuries were reported.

"It's probably one of the strongest I've felt in my time here in Darwin," Australian Bureau of Meteorology forecaster Chris Kent told ABC Radio Darwin.

"We ended up wandering outside for about 15 minutes to let things settle down," he said.

The quake, initially recorded at a magnitude of 7.2, was at a depth 220 km (136 miles), the US Geological Survey (USGS) said. Due to the quake's depth, there was no tsunami threat, said the Hawaii-based Pacific Tsunami Warning Center.

The Indonesian geophysics agency recorded at least one aftershock measuring over magnitude four on the Richter scale.

The quake was also felt on Indonesia's holiday island of Bali, several people said on social media. But there were no immediate reports of damage or injury in Indonesia, said Rita Rosita, an official of the national disaster mitigation agency.

Earlier on Monday, a strong quake of magnitude 6.1 struck the eastern province of Papua but no deaths were reported.