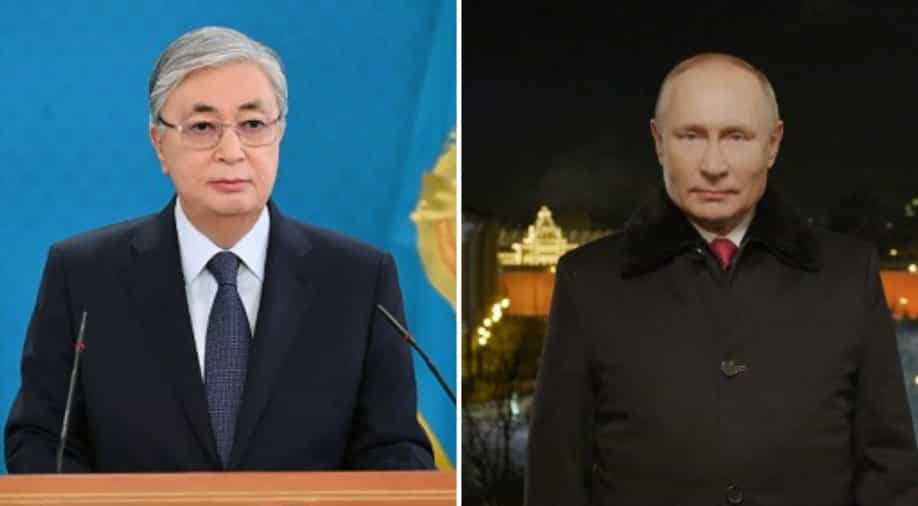 Kazakhstan has been in a state of turmoil for over a week. Initially started out as a protest against a spike in fuel prices, the dissatisfaction soon veered towards the ruling establishment

Russian President Vladimir Putin and his Kazakhstan counterpart Kassym-Jomart Tokayev had a “lengthy” conversation over the phone on the present unrest in the Central Asian country and exchanged views on measures taken to “restore order” in the region, the Kremlin said on Saturday.

Tokayev said Kazakhstan would relentlessly pursue what he called the fight against terrorism, according to a statement on the Kazakh presidential website.

Tokayev also thanked the Collective Security Treaty Organisation (CSTO)— a Russia-led military alliance of six former Soviet states—for its help in quelling the protests that broke out earlier this week.

The two leaders agreed to remain in “constant” contact and to hold a CSTO video conference meeting in the coming days, the Kremlin added.

In what started out as a protest against a spike in fuel prices, the dissatisfaction soon veered towards the ruling establishment.

Also read | Kazakhstan unrest: What sparked the protests and how they will affect global geopolitics

The violence erupted when police fired tear gas and stun grenades at thousands protesting in Almaty late on Tuesday.

The protesters stormed government buildings including the city administration headquarters and presidential residence, setting them ablaze, prompting Tokayev to call in troops from the Moscow-led alliance.

A nationwide state of emergency was also declared. The interior ministry said 26 “armed criminals” had been killed in the unrest.

It said 18 security officers had been killed and more than 740 wounded.

More than 4,000 people have been detained, including some foreigners, according to the ministry.

According to news reports, much of the anger was directed towards Nursultan Nazarbayev, who was the president from independence until resigning in 2019 and anointing Tokayev as his successor.

Critics have accused him and his family of staying in control behind the scenes and accumulating vast wealth at the expense of ordinary citizens.