Kazakhstan unrest: What sparked the protests and how they will affect global geopolitics 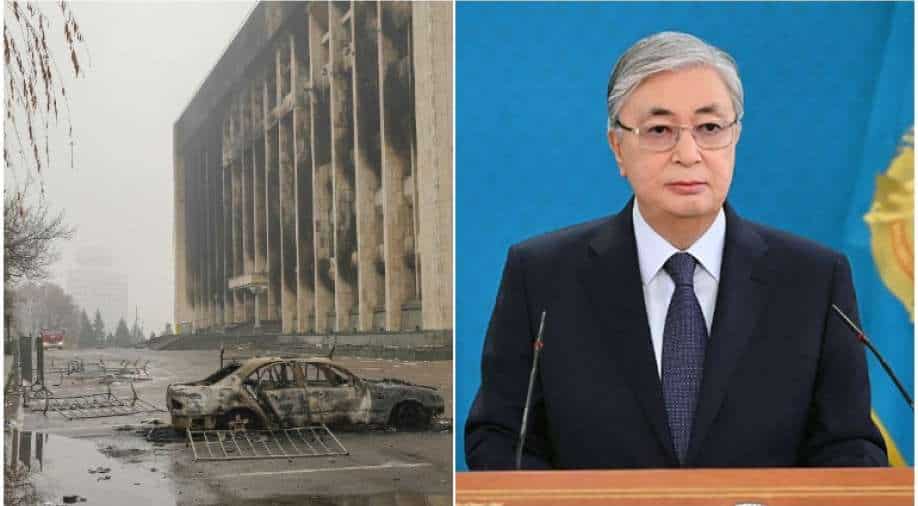 The president of Kazakhstan, Kassym-Jomart Tokayev, has promised an uncompromising crackdown on demonstrators in the country. Photograph:( Twitter )

Kassym-Jomart Tokayev, the president of Kazakhstan, announced on Friday that he has instructed the military and law enforcement agencies to use lethal force against terrorists, firing without warning.

Following recent violent protests in Kazakhstan, a state of emergency has been declared, with troops from a Russian-led military alliance heading to the Central Asian country to assist in quelling the unrest.

President Kassym-Jomart Tokayev's authoritarian regime has been rocked by protests over a significant jump in fuel prices, and Russian paratroopers are on the ground in Kazakhstan, offering support.

Tokayev has ordered security forces to shoot without warning, according to Tokayev's statement on Friday.

The following are the specifics of the current hot topic:

Kazakhstan is bordered to the north by Russia and to the east by China.It is a massive country the size of Western Europe, dwarfing the other former Soviet republics of Central Asia in terms of land mass.

It has substantial mineral resources, accounting for 3% of global oil reserves and having significant coal and gas industries.It is a predominantly Muslim republic with a sizable Russian minority that has largely avoided the civil wars that have afflicted other parts of Central Asia.

The administration has been rocked by fuel riots, which have resulted in top-level resignations and a deadly crackdown on protestors.

What caused this uproar?

A policy adjustment in the pricing of liquefied petroleum gas, which many people use to power their cars, removed subsidies and enabled markets to set fuel costs.

In a matter of days, prices skyrocketed.Fuel prices have risen in the region where the protests began.

Is it simply about gas prices that people are protesting?

Not at all.The crisis occurs against a backdrop of growing labour costs and occasional ethnic unrest in a country where the vast majority of the population benefits little from the country's vast oil resources on a daily basis.

The epidemic exacerbated these problems, exposing a chronically underfunded, incompetent, and corrupt healthcare system while also sending the economy into a tailspin.

Why did enraged protestors turn against the government so quickly?

When Tokayev gained office in 2019, he continued this trend of promising reform, even touring the country on a "listening tour."

On the other hand, instead of opening up society, Tokayev clamped down on opposition.

The situation is still volatile, and the role of Kazakhstan's special security forces will be crucial in determining how it ends.

Several members of those forces were reportedly killed in clashes this week, and the security services saw a leadership change as a result of the government reshuffle.

Also read | Those who don't shun violence will be killed, says Kazakh govt as 18 troops die

On the other hand, the social compact between the state and the people has been plainly shattered.

Real reform is required for Kazakhstan to return to stability, albeit it is unknown who will be available and capable of bringing such a transformation about.