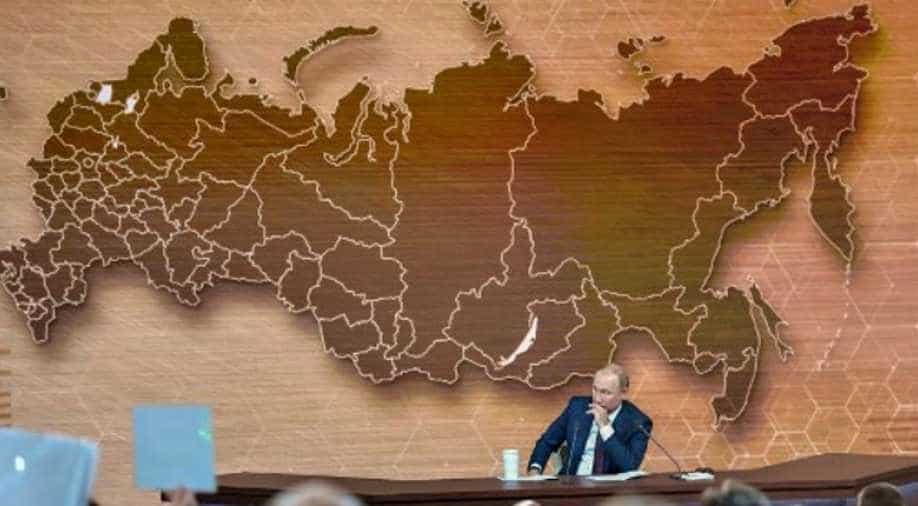 Putin is due to step down in 2024 which will be the end of his fourth presidential term.

Russian President Vladimir Putin, 67, in his year-end press conference dropped broad hints that he might not seek another term in 2024.

"Your humble servant served two successive terms and then stepped down and had the constitutional right to return to the post of president," he said, adding, "but some of our political scientists and activists do not like this and maybe this could be removed, possibly."

The press conference attended by 1,800 journalists especially accredited for the event were taken by surprise as Putin made the remark which proved to be the biggest talking point of the marathon event.

“One thing that could be changed about these (presidential) terms is removing the clause about 'successive' (terms)," Putin said.

Putin is due to step down in 2024 which will be the end of his fourth presidential term. Putin is barred from immediately running again under the Russian constitution.

Putin looked to back Trump, declaring that the impeachment was based on "made-up grounds".

"It still needs to go through the Senate, where the Republicans have a majority," Putin said.

"And it is hardly likely that they are going to push out of office a representative of their own party, on grounds that are absolutely made-up," he added.

On the WADA ban, he said: "If WADA does not have any issues with our national Olympic committee our team must compete under its flag."

WADA had banned Russia for four years from major global events, including the 2020 Tokyo Olympics and the 2022 World Cup in Qatar over doping manuplation.

"Any punishment should be individual," he added.

"If a majority of our athletes are clean how is it possible to slap sanctions against them for someone else's actions?"