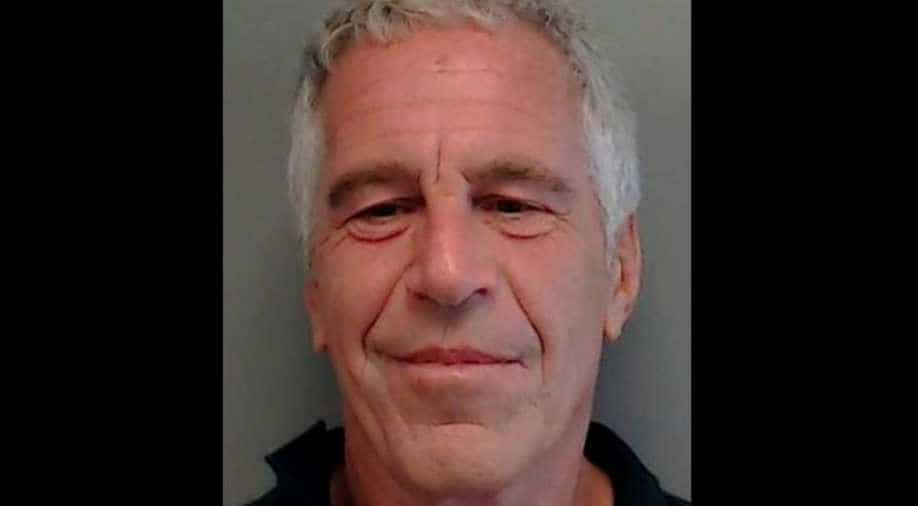 Epstein had previously been injured with bruises to the neck while in custody, though it was not clear if those were self-inflicted or the result of an assault. He was put on suicide watch consequently. Photograph:( Reuters )

The disclosure came in a letter dated on Thursday from Assistant Attorney General Stephen Boyd and addressed to the leaders of the Judiciary Committee of the US House of Representatives, seeking details about the circumstances surrounding Epstein`s death earlier this month

A psychologist at the federal detention centre in New York City where financier Jeffrey Epstein was jailed on sex-trafficking charges had approved his removal from suicide watch before he killed himself, the US Justice Department said on Friday.

The disclosure came in a letter dated on Thursday from Assistant Attorney General Stephen Boyd and addressed to the leaders of the Judiciary Committee of the US House of Representatives, seeking details about the circumstances surrounding Epstein`s death earlier this month.

Epstein, who was 66, was found dead August 10 in his cell inside a segregated housing unit of the Metropolitan Correctional Center (MCC) in Lower Manhattan. An autopsy concluded that he hanged himself.
His death triggered investigations by the FBI, the Justice Department`s Office of Inspector General and the US Bureau of Prisons, which runs the detention facility.

The Boyd letter, provided to Reuters on Friday, confirmed that Epstein had been placed on suicide watch in July, a status under which the designated prisoner is held in a special cell under constant observation by staff or "inmate companions."

Epstein was "later removed from suicide watch after being evaluated by a doctoral-level psychologist who determined that a suicide watch was no longer warranted," Boyd wrote in the three-page letter.

The letter did not state precisely why a suicide watch had been ordered for Epstein. But Epstein in July had been found unconscious on the floor of his cell with marks on his neck, and officials had been investigating that incident as a possible suicide attempt or assault.

In addition to being housed in a special chamber affording an unobstructed view of the occupant and easy entry from the outside, inmates on suicide watch are evaluated daily by a psychologist, the letter said.

Typically imposed as a short-term restriction, suicide watch in Bureau of Prisons facilities can only be terminated by a bureau psychologist following a face-to-face evaluation of the inmate, Boyd wrote. No reason was given for Epstein`s removal.

At the MCC, two jail guards are required to make separate checks on all prisoners every 30 minutes, but that procedure was not followed overnight, a source has told Reuters.

US Attorney General William Barr last week ordered the reassignment of the warden in charge of the Lower Manhattan detention facility, along with a temporary replacement and the placement of two corrections officers assigned to Epstein`s unit on administrative leave for the duration of the probes.

The staff shakeup came hours after President Donald Trump called for a full investigation of the matter.

Epstein, who once counted Trump and former President Bill Clinton as friends, was arrested on July 6 and pleaded not guilty to federal charges of sex trafficking involving dozens of girls as young as 14.

Just two days before his death, Epstein had signed a will placing all of his property, worth more than $577 million, in a trust called the 1953 Trust, after the year of his birth, according to a copy of the document seen by Reuters.