Protesters in Thailand move to Bangkok suburbs calling for election 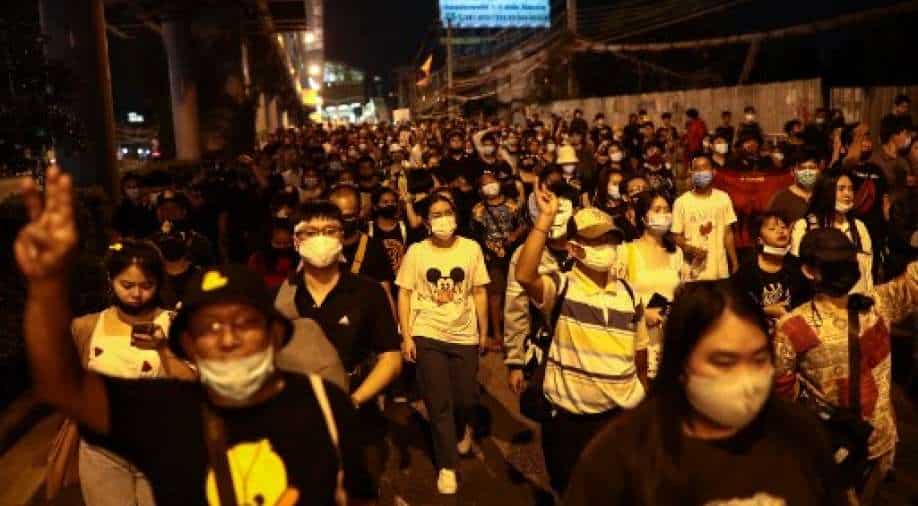 Thailand's anti-government protesters took to the streets once again on Saturday moving to the outskirts of capital Bangkok.

The protesters gathered outside Nonthaburi and Bang Na in northwest and southeast Bangkok calling for Prime Minister Prayuth Chan-ocha removal with a duck parade and speeches.

The anti-government protesters called for re-election which has been demanded by the opposition who have accused Prayuth of stealing the election. The protesters have also been demanding curb in the powers of the monarchy of King Maha Vajiralongkorn.

On Wednesday, Twelve Thai pro-democracy leaders were summoned by police to over charges of royal defamation. Under the country's penal code anyone convicted of defaming, insulting or threatening the king faces between three to 15 years in prison.

PM Prayut had warned that authorities would use harsh royal defamation charges to crackdown on pro-democracy protesters.

On Friday, the protesters rehearsed "coup prevention" strategies as they blocked roads in capital Bangkok. Thailand has been rocked by months of anti-government protests led by youth leaders and students demanding a new constitution.

Amid the protests, a court in Bangkok is set to on whether Prayut has broken rules by living in an army house given the fact the former general is no longer in the military with experts of the view that losing the case could see Prayut forced out of office.