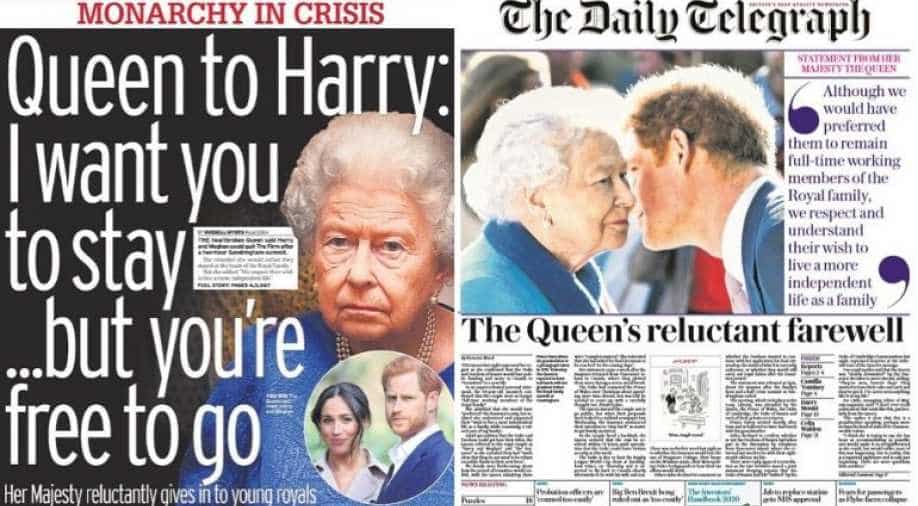 Queen Elizabeth II today agreed to a "period of transition" for Harry and Meghan in which the Sussexes will spend time in Canada and the UK, Her Majesty said in a statement.

"Today my family had very constructive discussions on the future of my grandson and his family," Queen Elizabeth II said, adding, "My family and I are entirely supportive of Harry and Meghan's desire to create a new life as a young family. Although we would have preferred them to remain full-time working Members of the Royal Family, we respect and understand their wish to live a more independent life as a family while remaining a valued part of my family."

"It has therefore been agreed that there will be a period of transition in which the Sussexes will spend time in Canada and the UK," the Queen announced. "These are complex matters for my family to resolve, and there is some more work to be done, but I have asked for final decisions to be reached in the coming days," the Queen said.

Queen Elizabeth added, "Harry and Meghan have made clear that they do not want to be reliant on public funds in their new lives."

The queen said she wanted to find "workable solutions" to the crisis as she met William and Harry at her private Sandringham estate in Norfolk, eastern England on Monday. She called the discussions "very constructive".

Earlier in the day, Prince William and Harry in a joint statement had said that "despite clear denials, a false story ran on  UK newspaper today speculating about the relationship between The Duke of Sussex and The Duke of Cambridge."

UK's Times newspaper had reported earlier that Prince William had allegedly said that the two brothers were now "separate entities" and that he could no longer put his arm around his brother.

The Times of London had reported that Meghan and Harry, felt "pushed away" by William's "bullying attitude."

However, in a joint statement, Harry and William denied the report.

“Despite clear denials, a false story ran in a UK newspaper today speculating about the relationship between The Duke of Sussex and The Duke of Cambridge. For brothers who care so deeply about the issues surrounding mental health, the use of inflammatory language in this way is offensive and potentially harmful,” Prince Harry and William said in a joint statement.

The Times had quoted Prince William as saying: "I've put my arm around my brother all our lives and I can't do that any more; we're separate entities," The revelation about his brother Prince Harry reportedly came after the shocking announcement that he and his wife Meghan were stepping back from royal duties.

Prince William made the comments to a friend, reported The Times.

Earlier on Thursday, Queen Elizabeth demanded that staff work with the couple to find urgently a "workable solution" that includes their demands for more freedom.

On Wednesday, the Duke and Duchess of Sussex dropped a bombshell where they said that intended to step back and become "financially independent"  while fully supporting the Queen.