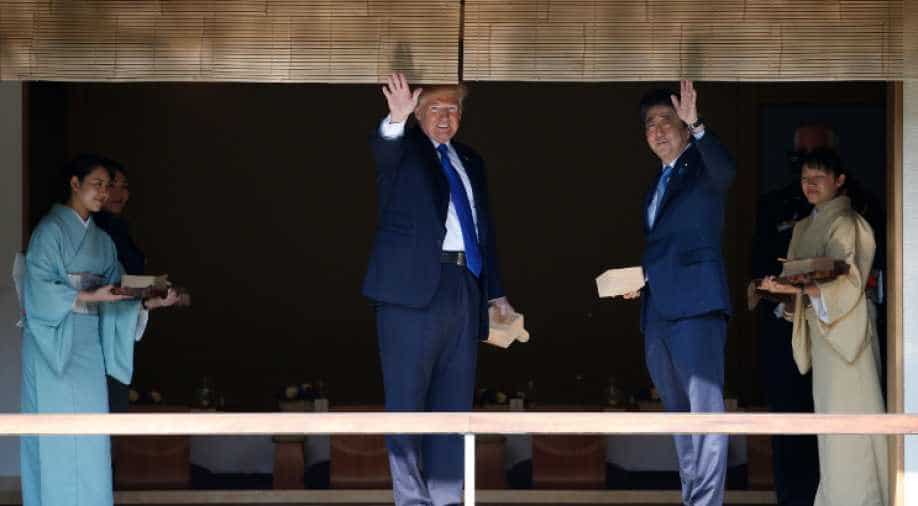 Fish lovers have taken an outrage from this as they pointed out that fish cannot absorb a large amount of food at a time.

Donald Trump currently on a trip to Japan sparked controversy on Twitter as he was feeding Koi fish with Japanese Prime Minister Shinzo Abe, the US president lost patience and dumped an entire box of fish food into the pond.

The koi carp is a venerated fish species which the Japanese believe brings good luck.

Having apparently lost patience with tempting the fish to the edge with delicately spooning food, Trump simply upended his wooden container and dumped the contents into the water.

Twitterati was naturally outraged over President Trump's latest gaffe with several wasting no time in panning the US president.

Our only hope is that Donald Trump exercises greater control over our nuclear arsenal than he does a box of fish food.