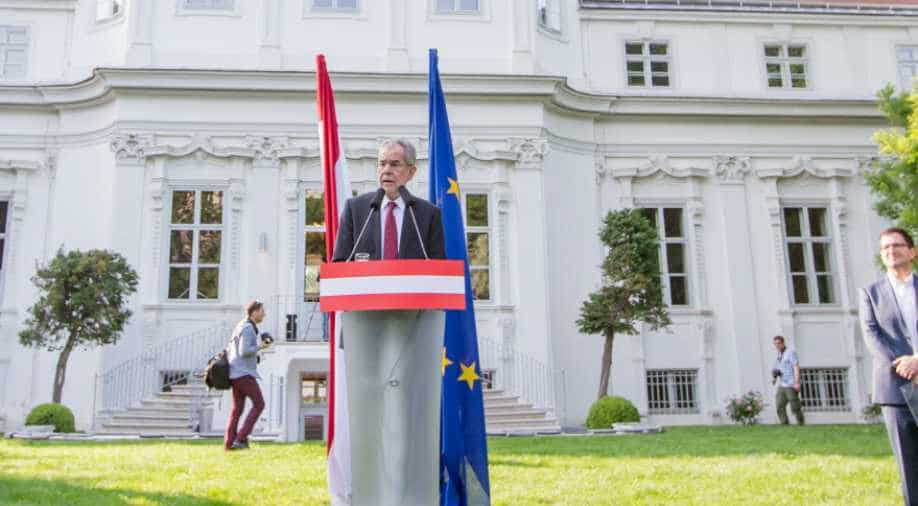 It will be up to President Alexander Van der Bellen, a former Green leader, to approve any new government.

Austria will hold snap elections on Sunday after a corruption scandal caused the dramatic collapse of the previous right-wing coalition government.

The centre-right People's Party (OeVP) of former chancellor Sebastian Kurz is again expected to come out on top - but if its poll rating of around 33 per cent is matched in the vote, it will not be able to form a government by itself.

Coalition negotiations could last for months after election night - here are some of the scenarios:

With the far-right Freedom Party on around 20 per cent in the polls, observers say that a new coalition between the OeVP and the (FPOe) is a likely outcome.

The two parties formed an alliance in 2017 on their common platform of fighting immigration.

That broke apart in May when secret camera recordings showed then Vice-Vhancellor and FPOe leader Heinz-Christian Strache appearing to offer public contracts to a fake Russian backer in exchange for campaign help.

The scandal forced his resignation from all posts and the government collapsed.

Norbert Hofer, an aircraft engineer who now heads the FPOe, has openly said that he wants to work with Kurz again.

But whether the two parties can work together again may largely depend on whether Hofer insists that his deputy, Herbert Kickl, receive a ministerial position.

Kurz has said he no longer wants to work with Kickl, who as the Interior Minister under the previous administration drew frequent criticism, including for a raid ordered on the domestic intelligence service.

Another option for Kurz could be to work with the centre-left Social Democrats (SPOe), who currently stand at a historic low of around 22 per cent in the polls, battling with the FPOe for second place.

This would be a return to the historical norm - the OeVP and SPOe have governed together for a total of 44 years since 1945.

But it was Kurz who ended the last "grand coalition" when he took over the OeVP in 2017, citing paralysis and infighting between the two parties.

He and the SPOe Head Pamela Rendi-Wagner have also consistently traded barbs.

In a recent television debate, the SPOe's Rendi-Wagner has said that the 33-year-old Kurz was still young and therefore capable of learning from his mistakes - including forming a coalition with the far-right.

Another oft-cited scenario would be for the OeVP - whose party colour Kurz rebranded from black to turquoise when he took over - to work with smaller parties, most likely the Greens and the liberal Neos, whose colour is pink.

Amid growing concerns over climate change, the Greens are polling at 13 per cent, a significant improvement from their shock result in 2017 when they failed to clear the four per cent threshold to get into parliament. Neos is on around eight per cent.

However, analysts say an alliance with these two parties would require Kurz to rebrand himself and tack to the centre, potentially dropping his hardline anti-immigration stance.

Kurz himself has repeatedly warned that other parties could do better than expected and form a coalition excluding the OeVP.

However, this is still unlikely based on current polling and may be aimed more at mobilising the OeVP's base.

Alternatively, if the OeVP fails to form a coalition, there could be a minority government, potentially continuing political uncertainty or even another election.

Ultimately it will be up to President Alexander Van der Bellen, a former Green leader, to approve any new government.

Van der Bellen stepped in following the May corruption scandal to appoint a government of technocrats to lead the country until this Sunday's poll.