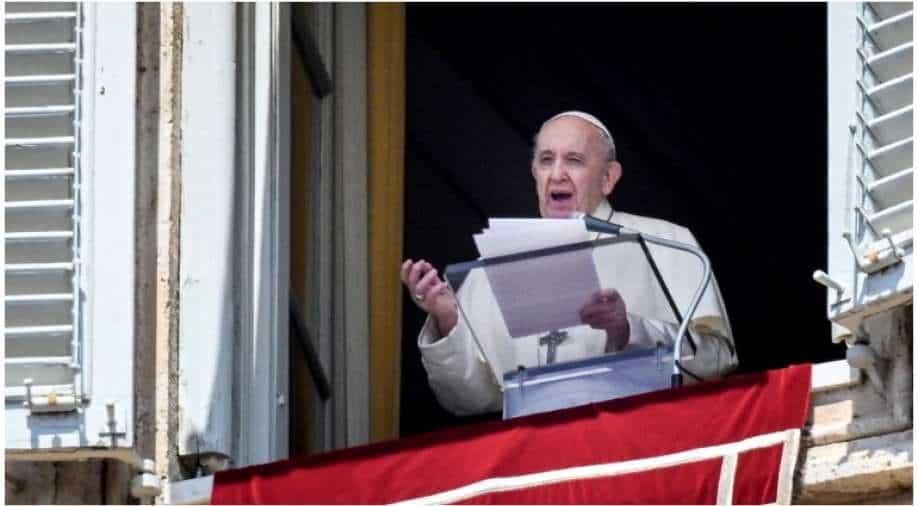 Pope Francis speaks from a window of the apostolic palace overlooking St. Peter's Square in the Vatican during the weekly Angelus prayer followed by the recitation of the Regina Coeli on May 09, 2021. Photograph:( AFP )

The accident happened in Freetown, the capital of Sierra Leone, late on Friday, when a fuel tanker exploded following a collision, local authorities said

Pope Francis on Sunday  offered his prayers to the victims of a fuel tanker blast in Sierra Leone that killed at least 99 people and injured more than 100.

The accident happened in Freetown, the capital of Sierra Leone, late on Friday, when a fuel tanker exploded following a collision, local authorities said.

The pontiff also prayed for Ethiopia, where the conflict in Tigray region has killed thousands of people, forced more than 2 million from their homes and left 400,000 people in facing famine.

"I am following with concern the news coming from the Horn of Africa region, in particular from Ethiopia, shaken by a conflict that has been going on for more than a year and which has caused numerous victims and a serious humanitarian crisis" Francis told the faithful gathered in St. Peter's Square for his weekly Angelus prayer.

"I pray for those people, who have been tried so hard and I renew my appeal for fraternal harmony and a peaceful dialogue to prevail."