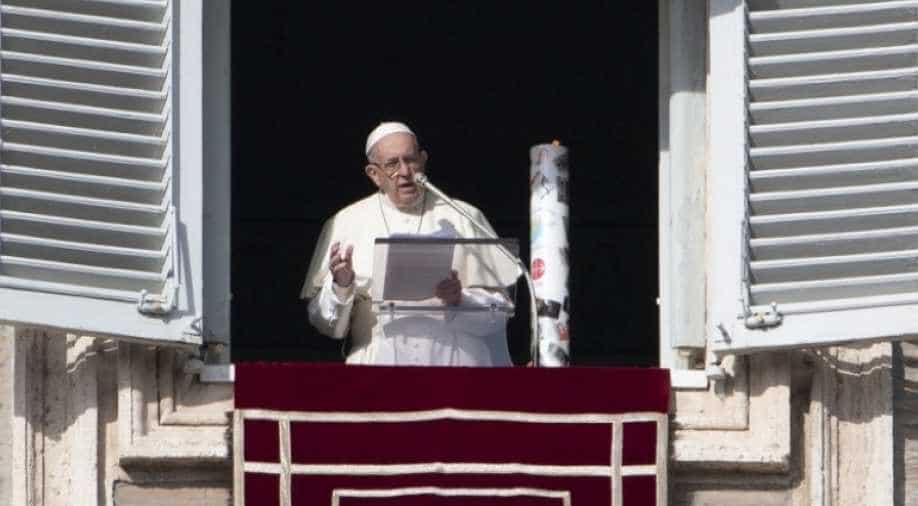 Pope Francis speaks after lighting a candle for aid and solidarity for the people of Syria during his Sunday Angelus prayer. Photograph:( AFP )

Syria's war has killed more than 360,000 and displaced millions, with over 13 million people in the country in need of humanitarian aid.

Pope Francis lit a candle at the Vatican on Sunday for victims of conflicts around the world and in particular the children of war-torn Syria.

"Advent is a time of hope. Right now, my hope is for peace for the children of Syria, tormented by a war that has lasted eight years," he said after the Angelus prayer.

"I am lighting a candle along with the many Syrian children and believers across the world who are lighting theirs," Francis said, as he put a match to wick in the window of the papal apartment, which overlooks Saint Peter's Square.

"Let these flames of hope dispel the shadows of war!" the pontiff said.

"May the flame of hope also reach all those who are victims of conflicts and tensions around the world, near and far".

The "Candles for Peace in Syria" Christmas initiative was launched Sunday by Aid to the Church in Need, a Catholic charity.

The tall candle, which rocked slightly in the wind on the papal windowsill, was decorated by a local craftsman from the Bab Touma quarter of Damascus in Syria and bore the photos of some 40 children, most of them from Aleppo.

Syria's war has killed more than 360,000 and displaced millions, with over 13 million people in the country in need of humanitarian aid.

The UN Children's Fund warned last month that a funding gap and the start of winter could leave nearly one million children, including Syrians, "out in the cold" and prone to dangerous diseases in the Middle East and North Africa.