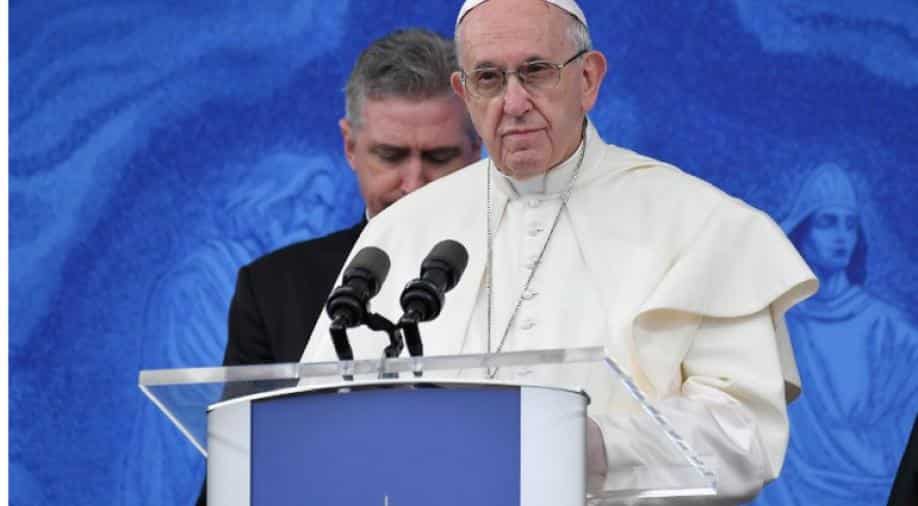 Pope Francis on Sunday called a deadly attack on a synagogue in the United States "an inhuman act of violence", expressing his "closeness to the Jewish community".

A man suspected of bursting into the synagogue in Pittsburgh on Saturday during a baby-naming ceremony and gunning down 11 people has been charged with murder, in the deadliest anti-Semitic attack in recent US history.

"We are all, in truth, wounded by this inhuman act of violence," Francis said at the end of the Angelus prayer in Saint Peter's Square.

"May the Lord help us put out the flames of hate that develop in our societies, strengthening the sense of humanity, respect for life, moral and civil values and holy fear of God".

Suspect Robert Bowers, 46, reportedly yelled "All Jews must die" as he sprayed bullets into the Tree of Life synagogue during Sabbath services before exchanging fire with police, in an attack that also wounded six people.

The United States is witnessing a sharp spike in anti-Semitic incidents, surging 57 per cent from 2016 to 2017, to 1,986 from 1,267, according to the Anti-Defamation League, a civil rights group which has tracked anti-Semitism there since the 1970s.

Saturday's attack comes at a time of heightened tensions -- a day after a supporter of President Donald Trump was arrested for mailing explosive devices to Democrats and liberals, setting the country on edge ahead of close-fought elections.

Trump has been accused of fuelling hate with divisive rhetoric

Also read: Trump says US synagogue shooting has little to do with gun laws