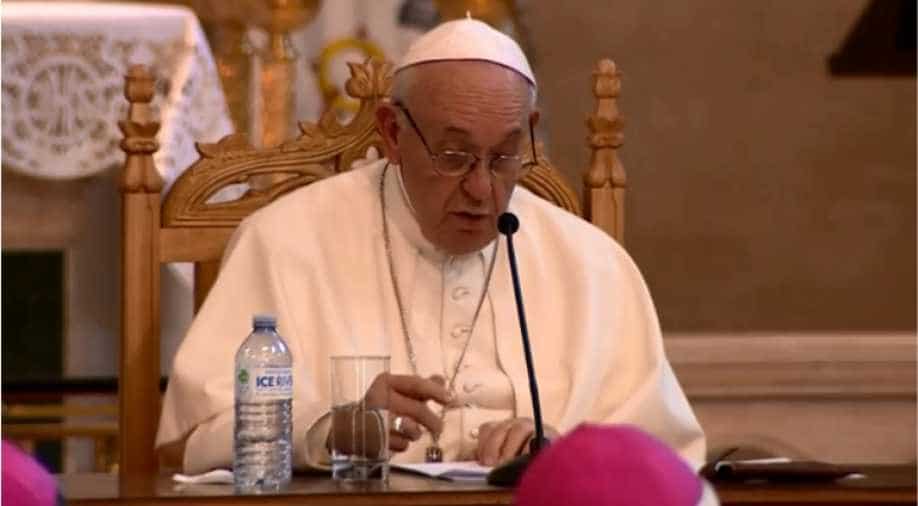 The comment was clearly pointed to US President Donald Trump's proposal of building a wall at US-Mexico border.

Pope Francis criticised those who build walls and sow fear about strangers on Thursday to a global gathering of young Catholics in Panama city.

"The father of lies, the devil, always prefers a divided people at odds with each other. He is the master of division, and he is afraid of a people that learns to work together, and this is a criteria to recognize people: the builders of bridges and the builders of walls,'' Pope said.

The 82-year-old pope received a rock-star welcome by tens of thousands of young people when he arrived for the World Youth Day event at a palm-fringed park on the shores of Panama Bay.

The comment was clearly pointed to US President Donald Trump's proposal of building a wall at US-Mexico border.

When the Pope asked the crowd, ''What do you want to be?'' The crowd replied back ''builders of bridges.''

Meanwhile, Pope urged Latin America's leaders to shun corruption and tackle gang violence, drug trafficking and the killing of women, which he said had become a "plague" in his native continent.

Francis also addressed migration for the second straight day, saying more had to be done to overcome fears and suspicions because migrants were seeking a better life.