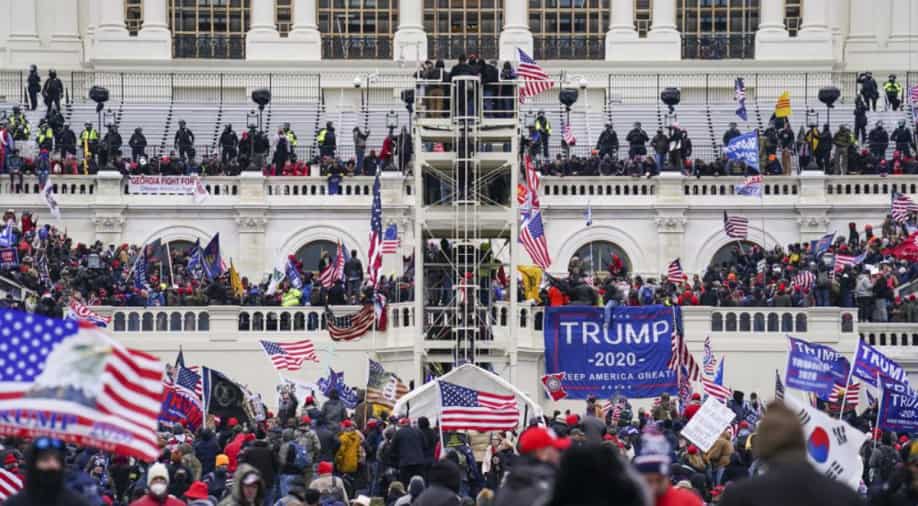 In this file photo, supporters of former US President Donald Trump can be seen during the Capitol riot in Washington Photograph:( Reuters )

The survey, conducted on 1,000 registered US voters, suggests that extreme polarisation is taking place in US politics

A new poll published by the University of Chicago’s Institute of Politics (IOP) has shown that over a  quarter of US residents feel so estranged from their government that they feel it might “soon be necessary to take up arms” against it.

The survey, conducted on 1,000 registered US voters, suggests that extreme polarisation is taking place in US politics.

It also reveals that most Americans agree the government is “corrupt and rigged against everyday people like me”.

The survey comes as a congressional committee is holding public hearings on the January 6 insurrection which stemmed from the false, partisan, pro-Donald Trump belief that Joe Biden did not win the 2020 election.

Also see | From story so far what's next: Key takeaways from the US Capitol riot hearings

In an effort to keep Trump in office, Trump's supporters attempted to thwart certification of the election.

GOP Trump loyalists have insisted that the committee is illegitimate although the violent insurrectionists targeted Republicans and Democrats alike.

Republicans, Democrats and independents were dramatically split even though 56 per cent of participants said they “generally trust elections to be conducted fairly and counted accurately”.

While 80 per cent of Democrats voiced overall trust in elections it dipped to 51 per cent among independents and a mere 33 per cent of Republicans.

Republican pollster Neil Newhouse, who conducted the survey in May with Democratic pollster Joel Benenson, issued a statement saying “While we’ve documented for years the partisan polarisation in the country, these poll results are perhaps the starkest evidence of the deep divisions in partisan attitudes rippling through the country.”