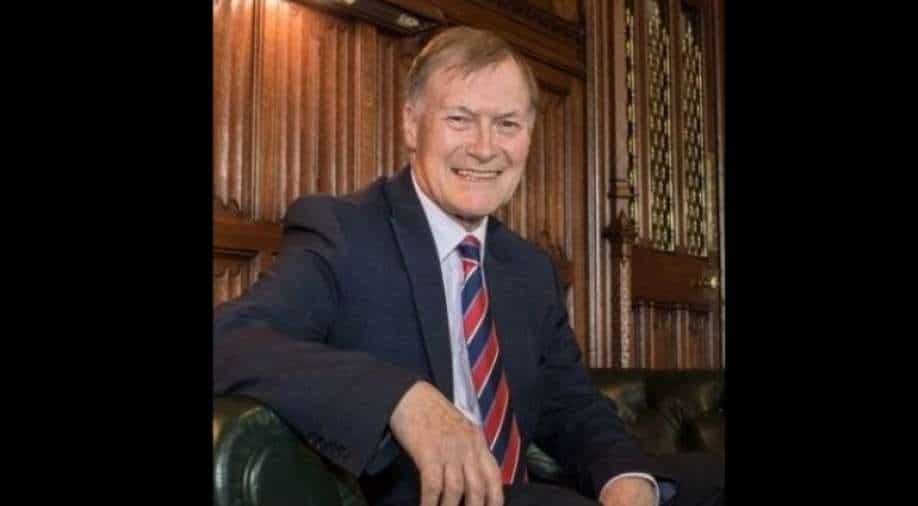 Scotland Yard has not yet publicly named the suspect, though British news organisations, including the BBC, have identified him as Ali Harbi Ali

Police searched for answers Sunday about what might have motivated a 25-year-old British man of Somali heritage, the suspect in the brutal slaying of a Conservative Party lawmaker during a meeting with his constituents that has shaken Britain’s political establishment.

Scotland Yard has not yet publicly named the suspect, though British news organisations, including the BBC, have identified him as Ali Harbi Ali. Ali’s father, Harbi Ali Kullane, told The Times of London that his son was being held in custody and described himself as “very traumatised” by the accusations.

Referring to the accusations, Kullane, who once served as an adviser to Somalia’s prime minister, said in the interview with The Times, “It’s not something that I expected or even dreamt of.”

The BBC reported that several years ago, Ali had been referred to a government program known as Prevent, which aims to keep people from being drawn to extremist ideas on social media. But his name has not been on any terrorism watch lists, according to the broadcaster.

The Metropolitan Police said Saturday that they had been granted a warrant under the Terrorism Act to keep the suspect in detention for six extra days in connection with the killing of the lawmaker, David Amess, on Friday in Leigh-on-Sea, England.

On Sunday, police guarded a red-brick row house on a tree-lined street in North London where the suspect is believed to live with his family. It was one of three addresses in London that were being searched by police.

A next-door neighbor, Tilly Gerrard, said three young men and a woman lived in the second-floor apartment. She described them as a neighborly presence in a community where most residents recognize one another and that recently threw a street party.

The sudden and very public nature of the attack evoked memories of previous lone-wolf assaults that rattled Britain. Last year, an extremist stabbed pedestrians on a busy London street, and in 2019, a man went on a stabbing spree on London Bridge before being shot and killed by police.

Counterterrorism experts said the attack Friday differed from those in that, according to news reports, the assailant did not harm anyone else in the room, waited for police to arrive and arrest him, and made no attempt to confront the officers.

“It doesn’t feel like anything we have seen before,” said David Videcette, a former counterterrorism detective at Scotland Yard.

Under the terms of the Prevent program, teachers, health workers and others can notify police of potentially radicalised individuals, and authorities then decide whether to intervene. The program is voluntary and does not result in a legal record.

Political leaders expressed outrage about the attack but insisted that it should not endanger a tradition of accessibility and face-to-face contact with members of Parliament that is deeply ingrained in Britain’s political system.

“This is an attack on democracy,” Gordon Brown, a former prime minister, said Sunday in an interview on Sky News, “so the answer cannot be less democracy.”

Still, the killing, at midday and in full public view, has rekindled questions about the security of members of Parliament, who routinely make themselves available to constituents in monthly meetings that are advertised in advance and that can become tense when voters show up with lists of grievances.

Two other lawmakers have been attacked at such meetings in little more than a decade. One, Jo Cox, a Labour Party lawmaker, died after she was stabbed and shot by a right-wing extremist a few days before the Brexit referendum in 2016. The other, Stephen Timms, also a Labour lawmaker, was seriously wounded after being stabbed in the abdomen by an Islamic extremist in 2010.

Britain’s home secretary, Priti Patel, said the government would review security policies for lawmakers, particularly as they relate to constituent meetings, known as surgeries. But she cautioned that these measures should not prevent voters from having face-to-face access to their elected representatives.

“We’re here to serve, we’re here to be accessible to the British public,” Patel said in an interview with the BBC.

Members of the public are usually asked to sign up in advance to attend surgeries, and news reports said the suspect had done so before Friday’s meeting, which was held in a Methodist church in Leigh-on-Sea.

In an interview with Sky News, Patel said the government would also consider tightening laws on social media to cut down on abusive behavior, including by removing the right of people to post material anonymously.

In the neighborhood where the suspect is believed to live, residents expressed bewilderment about why someone would target a lawmaker in a town 40 miles away. A man passing on the street said that his younger brother had attended primary school with the suspect and that he was shocked to hear the reports.

The motive for targeting Amess, who was 69, was not clear. A soft-spoken, well-liked backbencher in the House of Commons, he was known for his staunch support of Brexit and his advocacy for animal welfare.

A Catholic and social conservative, Amess was also a strong supporter of Israel and of an Iranian opposition group, Mujahedeen-e-Khalq, or MEK, which campaigns for the overthrow of Iran’s government.

In London’s close-knit Somali community, reports of the attack stirred shock and unease, with some people voicing anxiety about a backlash. Though many Somali immigrants were displaced in the 1990s by the country’s civil war, the roots of the community in Britain go back generations.

“It’s very much people that are born here and raised here,” said Kahiye Alim, director of the Council of Somali Organisations, an umbrella group.