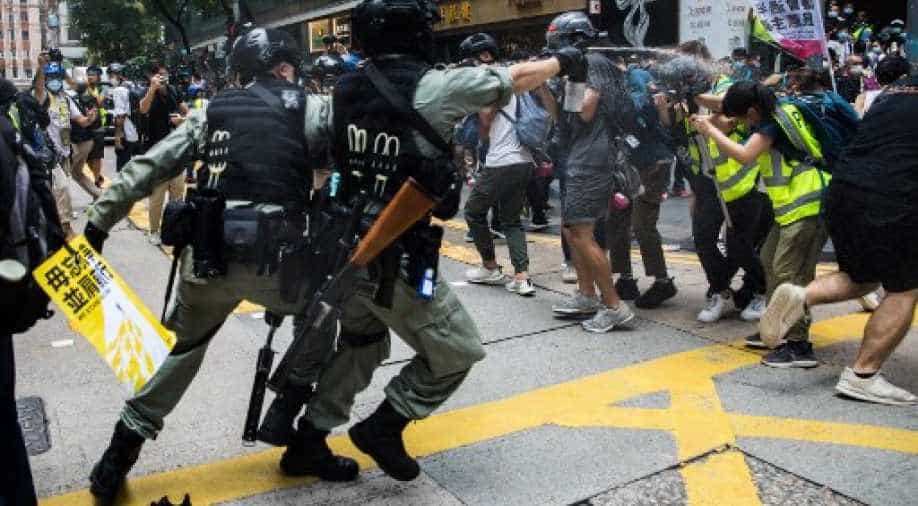 Hong Kong police said it has made its first arrest under Beijing's new national security law after a man was caught holding the Hong Kong independence flag.

"A man was arrested for holding a HK Independence flag in CausewayBay, Hong Kong, violating the National Security Law," the police announced, adding,"this is the first arrest made since the law has come into force."

A senior Chinese government official had said that suspects arrested by the mainland's new office in Hong Kong will be tried in the mainland.

The arrest comes even as Hong Kong marked the 23rd anniversary of its handover to China on Wednesday. Hong Kong leader Carrie Lam had earlier said the law is the "most important development" since 1997 when Britan handed over the colony to China.

In Pics: Timeline of Hong Kong's struggle against Chinese hegemony

The City police began conducting searches as the new law came into effect today even though large gatherings are banned due to coronavirus restrictions.

Critics say China's new security law is desgined to move away from the "One Country, Two Systems" which the Chinese government had promised to UK authorities in 1997.

US Secretary of State Mike Pompeo critised the move saying: "China promised 50 years of freedom to the Hong Kong people, and gave them only 23."