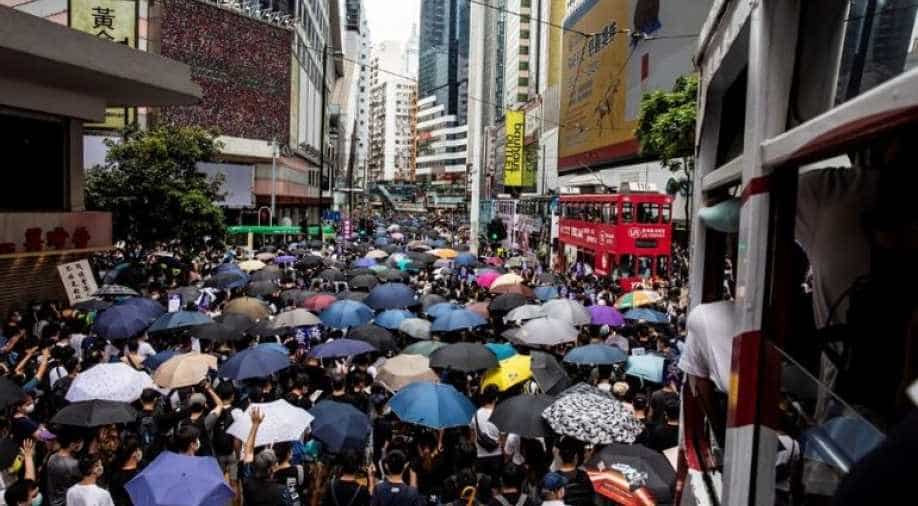 Pro-democracy protesters gather in Causeway Bay district of Hong Kong on May 24, 2020, ahead of planned protests against a proposal to enact new security legislation in Hong Kong Photograph:( AFP )

China on Tuesday unveiled details of a contentious new national security law for Hong Kong, ending weeks of uncertainty that have exacerbated concerns over Beijing's erosion of freedoms in the global financial hub.

Beijing passed the legislation on Tuesday, bypassing the city's local parliament and setting the stage for the most radical changes to the former British colony's way of life since it returned to Chinese rule 23 years ago.

Also read: A timeline of China's excesses in Hong Kong leading up to the national security law

Beijing said the legislation was necessary after sometimes violent anti-government and anti-Beijing protests rocked the city since June last year, plunging it into its biggest crisis in decades. Protesters are angry at what they see as Beijing's tightening squeeze on Hong Kong's affairs.

China denies interfering and accuses Britain and the United States of fomenting the unrest.

Following are details of the law, which took effect at 1500 GMT.

* Crimes of secession, subversion, terrorism and collusion with foreign forces punishable by up to life in prison.

* Companies or groups that violate national security law will be fined and could have operations suspended.

* Damaging certain transportation vehicles and equipment will be considered an act of terrorism.

* Anyone convicted of violating security legislation will not be allowed to stand in any Hong Kong elections.

* The activities of a new national security agency and its personnel in Hong Kong will not be under the jurisdiction of local government.

* The law will apply to permanent and non-permanent residents of Hong Kong.

* The law says the management of foreign NGOs and news agencies in Hong Kong will be strengthened.