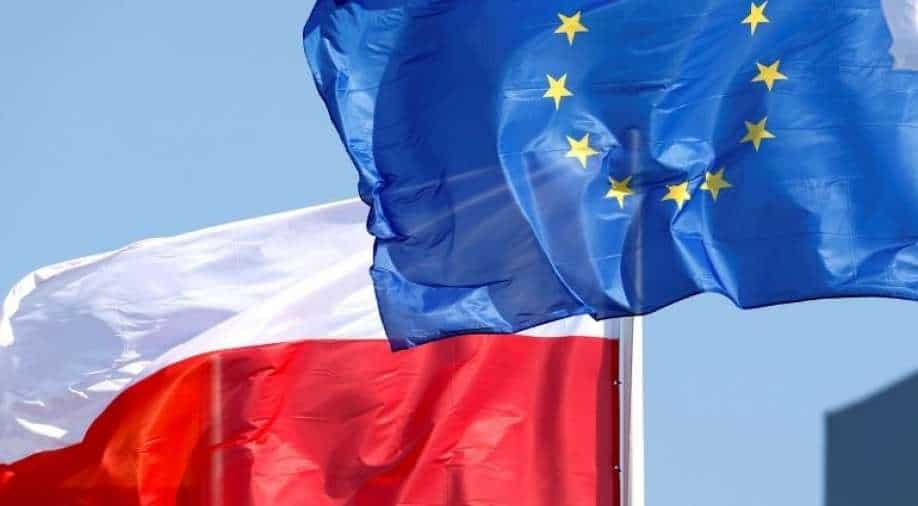 Poland's leader, Jaroslaw Kaczynski said a new 'Disciplinary Chamber' of Poland's supreme court, which critics say is a political body aimed at suppressing any judicial opposition to legal changes made by the government, will be abolished

Jaroslaw Kaczynski, the leader of Poland's governing right-wing party, said Saturday a controversial 2017 justice reform would be watered down after the EU raised concern over the independence of the judiciary.

In an interview with the PAP news agency, Kaczynski said a new "Disciplinary Chamber" of Poland's supreme court, which critics say is a political body aimed at suppressing any judicial opposition to legal changes made by the government, will be abolished.

"We will abolish the Disciplinary Chamber in the form in which it currently operates and the subject of the dispute (with the EU) will thus disappear," the president of the Law and Justice (PiS) party said.

He added the first proposals for changing the reform would be put forward in September.

Last month, the EU's Court of Justice ruled that the chamber was "not compatible" with EU law, ordering Poland to abolish it.

The chamber oversees Polish judges, with the power to lift their immunity to expose them to criminal proceedings or cut their salaries.

The EU court ruled that the chamber did not offer "all the guarantees of impartiality and independence" and was not protected from "the direct or indirect influence of the Polish legislature and executive."

The government argued the reforms were necessary to tackle corruption and end Communist-era legacies in the judiciary.

Poland's Constitutional Court subsequently defied Brussels with its own ruling saying that any interim measures from the EU court against Poland's judicial reforms were "not in line" with the Polish constitution.

But the European Commission still threatened to impose fines on Poland.

Then at the end of July, the European Court of Human Rights (ECHR) also ruled on the issue after lawyer Joanna Reczkowicz who was suspended by the Disciplinary Chamber for alleged breaches of ethics, brought a case there.

She argued that the chamber was in effect a political body and its "real objective was to suppress any judicial opposition to the changes in the Polish legal system by the current government", the ECHR said in its ruling.

Seven ECHR judges, one of them Polish, agreed that the Disciplinary Chamber was not a "tribunal established by law" and that as a result her right to a fair trial had been violated.

It was one of 38 complaints that have been lodged at the ECHR since 2018 over Poland's controversial judicial reforms.