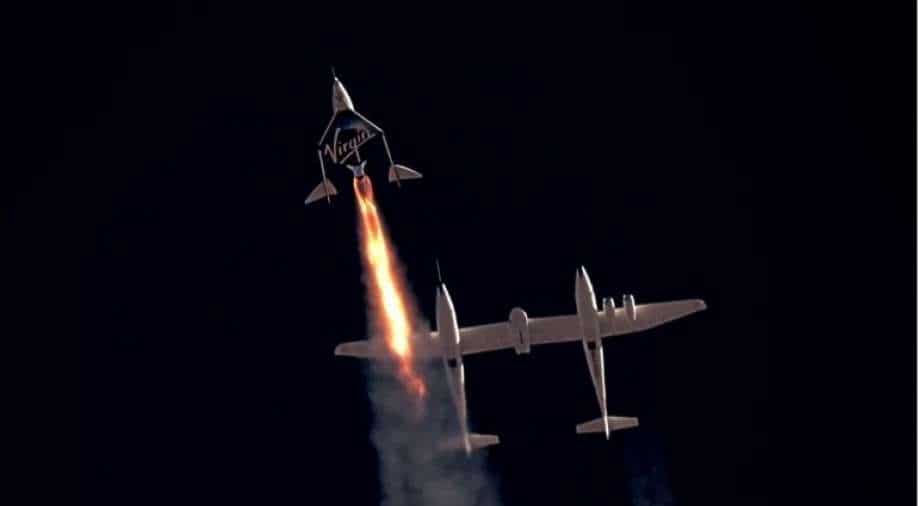 One of the most worrying things however was that the pilot of the VSS Unity, reportedly, noticed a red light flashing on the ship console, that indicated an 'entry glide-cone warning'

Virgin Galactic recently created history by flying its first ever executive jet to the space. However, months after his trip, the Federal Aviation Administration in investigation a route deviation.

The US Federal Aviation Administration (FAA) said it is conducting an investigation about a deviation during the descent of the Virgin Galactic rocket plane.

As per initial reports in the New Yorkers, the space rocket few outside the designated airspace for one minute and 41 seconds, and failed to notify the FAA.

One of the most worrying things however was that the pilot, reportedly, noticed a red light flashing on the ship console, that indicated an 'entry glide-cone warning'. As per the experts, this warning light refers to the cone-shaped trajectory that goes on when the VSS Unity is not descending at the correct angle. In such a situation, it slips outside of the cone and the set airspace, which can lead to an emergency landing. This situation could have also ended with the VSS Unity colliding with some other aircraft.

The craft was being flown by two skilled pilots of the company, who were able to handle the frightening situation and bring back the passengers onboard safely back to the ground.

The spaceship flew to an altitude of 55 miles before the pilots cut the engines, giving the passengers a chance to experience weightlessness and observe the Earth’s curvature through the windows.