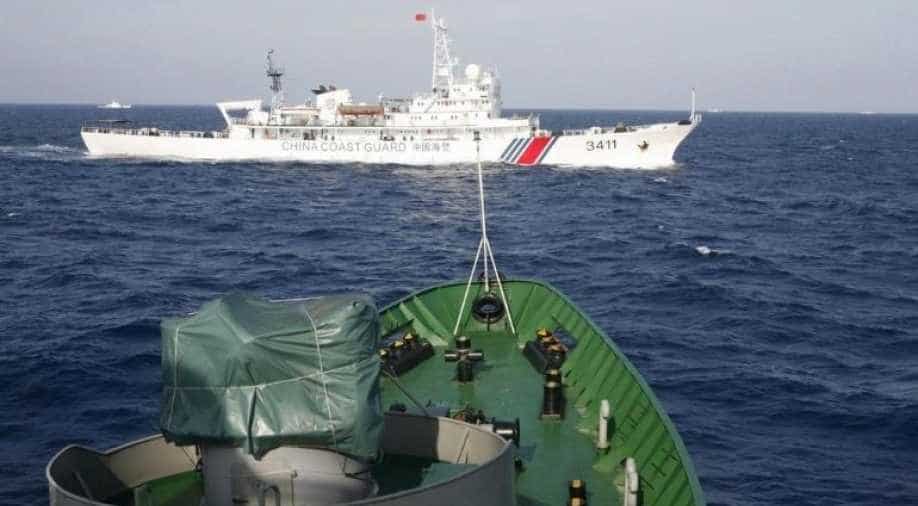 The military has been regularly patrolling the area to monitor any and all activity by Chinese vessels, which are believed to be manned by their military

The Philippines military has spotted illegal man-made structures in the South China Sea near the area where hundreds of Chinese vessels had gathered last month.

Authorities have documented these structures as illegal and man-made, which are visible on Union Banks in the South China Sea’s Spratly Islands.

Military chief Cirilito Sobejana has claimed these structures are not very far from the islands claimed by the Philippines inside its exclusive economic zone.

While the structures can be seen in the area where Chinese vessels had massed last month, the Philippines has not yet named a country behind this act, as of now. The extent of construction of these structures is also not yet clear.

These structures were discovered by the Philippines military’s maritime during one of their flight patrols over the South China Sea. The military has been regularly patrolling the area to monitor any and all activity by Chinese vessels, which are believed to be manned by their military.

“These constructions and other activities, economic or otherwise, are prejudicial to the peace, good order, and security of our territorial waters,” Lieutenant-General Sobejana said.

“Our efforts to dutifully perform our mandate to protect and advance our national interests in the area continue unhampered.”

Video footage shows hundreds of boats spread across Hughes, Gaven and Whitsun reefs. In some areas, boats are also moored in groups of two to seven.