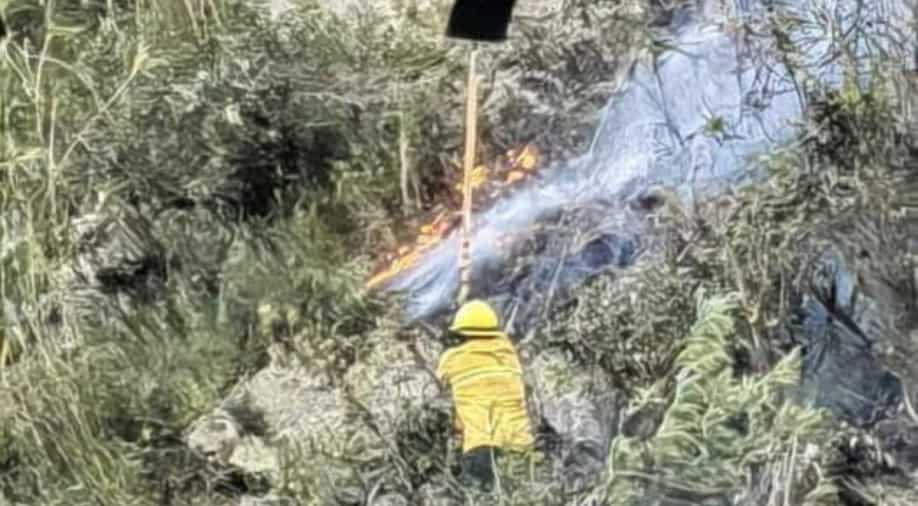 The breathtaking ruins, which have made the surrounding Cusco region Peru's top tourist destination, are considered one of the new seven wonders of the world. Photograph:( Reuters )

According to official sources, the fire ended up destroying around 100 acres of land and the culture ministry believes that it was sparked by farmers who had been clearing land.

The Peruvian authorities have said that the forest fire near the Incan ruins of Machu Picchu is finally under control after firefighters working in the area for around three days. There were concerns that the fire can be harmful to one of the world’s most famous archaeological sites, but the firefighters were able to contain it. According to official sources, the fire ended up destroying around 100 acres of land and the culture ministry believes that it was sparked by farmers who had been clearing land.

“We have already been fighting the forest fire for two days and it has not been possible to get it under control, given the area is quite inaccessible,” Roberto Abarca, director of the Cusco risk management and security office, told Reuters on Thursday.

The firefighters struggled for almost three days and late on Thursday, they confirmed that almost 90 per cent of the fire was finally under control and Machu Picchu did not suffer any damage.

“Thankfully, it has been possible to contain [the fire],” the mayor of the Machupicchu district, Darwin Baca León, told the Peruvian radio station RPP on Thursday.

Peru’s tourism industry has suffered a lot since the start of the COVID-19 pandemic and while the government is trying to revive interest, the fires have created a new problem for them.

However, the culture ministry has insisted that the situation is completely under control and with Machu Picchu being unharmed, the tourist activities in the area will continue without any interruption.