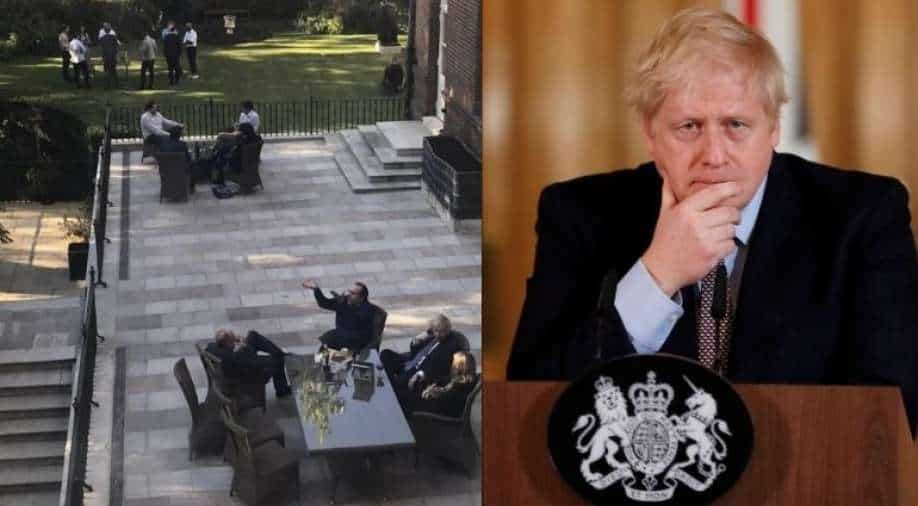 On this day, PM’s spokesperson claims, the PM had held a few meetings in the afternoon in the garden area of his official residence

UK’s Prime Minister Boris Johnson has spoken out in his own defense after a local newspaper published pictures of him and 18 others enjoying a quiet moment with wine in the 10 Downing Street residence’s garden.

In a picture published in the local newspaper, the Guardian, Boris Johnson, his wife and 17 others were spotted sitting in the garden, enjoying wine during the May 2020 lockdown phase.

While the internet, locals, opposition and critics slammed Johnson for having his 'wine and cheese' party, Johnson and his office have reacted to the photograph and have claimed that those were just 'work meetings'.

"This is where I live, it is where I work. Those were meetings of people at work, talking about work," Johnson said.

As per Johnson’s spokesperson, this picture was clicked probably on May 15, 2020. On this day, PM’s spokesperson claims, the PM had held a few meetings in the afternoon in the garden area of his official residence.

"In the summer months Downing Street staff regularly use the garden for some meetings. On 15 May 2020 the prime minister held a series of meetings throughout the afternoon, including briefly with the then health and care secretary and his team in the garden following a press conference. The prime minister went to his residence shortly after 7pm. A small number of staff required to be in work remained in the Downing Street garden for part of the afternoon and evening," the spokesman said.

The guidance:
“Social mixing between households limited to 2 people outdoors at least 2 metres apart.
In workplaces, in-person meetings only if absolutely necessary”

"As we said last week, work meetings often take place in the Downing Street garden in the summer months. On this occasion there were staff meetings after a No 10 press conference. Downing Street is the prime minister’s home as well as his workplace. The prime minister’s wife lives in No 10 and therefore also legitimately uses the garden," he added.

On Monday, the spokesman added that the picture showed government officers enjoying a moment of peace outside while discussing office work, which was not illegal. "This shows colleagues who were required to be in work, meeting following a press conference to discuss work … It was not against the regulations for those individuals to have a drink outside working hours, but still discussing work," he said.

Dominic Raab, Lord High Chancellor of Great Britain, also jumped to defend the PM saying, "I think there’s a lot of exhausted people, and they, as people do in work, were having a drink after the formal business had been done."