People are our masters and we are its servants, says Rouhani amid protests in Tehran 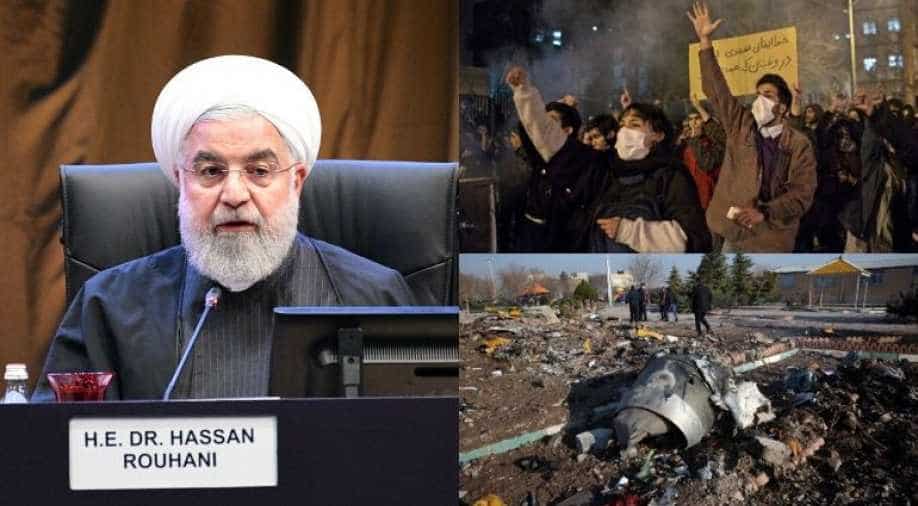 Iran President Rouhani during a speech on Wednesday urged his people to maintain "national unity" amid protests in Tehran in the aftermath of the dowing of the Ukranian 737 aircraft last week.

Also Read: I and President Rouhani did not know the reason behind Boeing crash till Friday, says Zarif

The president while calling the Armed forces to "apologise" said, "The people want to make sure that the authorities treat them with sincerity, integrity and trust."

Iran was swept in anger as people took to the streets on Saturday after authorities admitted a missile was responsible for the Boeing 737 crash in which 176 people died.

In an attempt to cool tempers, Rouhani said that "people are our masters and we are its servants. The servant must address the master with modesty, precision and honesty" while asserting that citizens "want diversity".

The president hit out UK PM Johnson after he suggested that the nuclear deal should be substituted by the "Trump deal".

"This Mr. Prime Minister in London, I don’t know how he thinks. He says let’s put aside the nuclear deal and put the Trump plan in action," Rouhani said, adding,"If you take the wrong step, it will be to your detriment. Pick the right path. The right path is to return to the nuclear deal."

"What we have done is reversible. Whatever we do on the nuclear issue is under the supervision of the International Atomic Energy Agency(IAEA),” said Rouhani added.