I and President Rouhani did not know the reason behind Boeing crash till Friday: Iran foreign minister Zarif 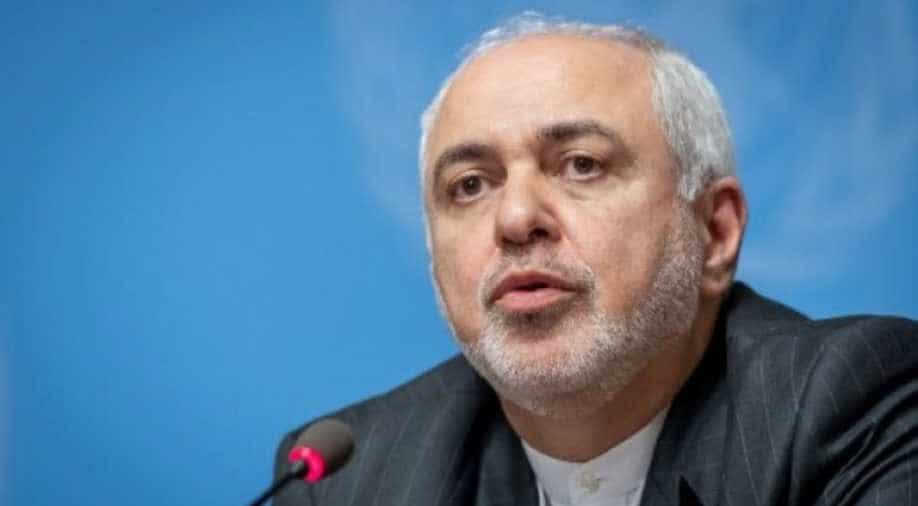 Iranian Foreign Minister Javad Zarif is on a three-day visit to India amid tensions with the United States. He attended Raisina Dialogue - an annual conference where dignitaries from more than 100 countries across the world share their views on geopolitics and geoeconomics, climate change, counter-terrorism and other agendas of the next decade. Zarif talked on Ukrainian plane shooting by Iran and current tensions between Iran and the US. He talked about his outlook on the US government and warned that the current geopolitical situation in the region is ''very dangerous.''

Zarif blamed the US for violating Iraq's sovereignty while attacking Sulemani, stating that it was an act of "ignorance and arrogance".

Just days after the Iranian army shot down a Ukranian Boeing 737 aircraft, foreign minister Javad Zarif speaking at the Raisina Dialogue in New Delhi said it occurred due to a "crisis"

"People make mistakes, unforgivable mistakes but it happened at a time of crisis," Zarif said, adding, "We need to make sure these crises are prevented," referring to the US drone strikes and Iran's consequent retaliatory strikes during which the Iranian Army mistakenly shot down the Boeing airliner.

"I and the president did not know until Friday afternoon and we made sure people knew either Friday night or Saturday morning and we managed to do that," the Iranian foreign minister conceded.

"Our military force was brave enough to claim responsibility, in fact, we did it quite early because in other instances it has taken several years but people are angry even with those two days, that is the expectation the people have with the government," he said.

Zarif blamed the US for violating Iraq's sovereignty while attacking Sulemani, stating that it was an act of "ignorance and arrogance".

Also Read: As Iran missiles battered Iraq base, US lost eyes in sky

On the US allegation of Iran possessing "proxies", Zarif said: "The US talks about proxies, do we have proxies in India? The proxies we have in Iraq number in the millions because millions came on the streets of Iraq to commemorate General Sulemani."

"In Iran, people can state their views, sometimes they express it in excessive ways, sometimes their reaction is excessive. The fact is people have been demonstrating for the last few days since they were allowed to in the last few days," he said while explaining the demonstration in the aftermath of the Boeing crash after Iranians poured into the streets chanting anti-government slogans.

Zarif said he had spoken to Russian foreign minister on a peace deal, saying:  "I had proposed a non-aggression pact last year which he was kind enough to welcome. Our president had also proposed a peace agreement at the UN which was basically a "replica" of Helsinki -  a basket of principle which includes non-intervention, non-interference, peaceful settlement of disputes, non-aggression including a set of confidence-building measures."

"Our arms expenditure is the lowest in the region. Saudi Arabia spent $67 billion on its military last year, our total was $16 billion, so we are all for cutting down in military expenditure and arms control which can be part of the package we call "hope" because we need hope in the region."

"We need to get rid of this dispair of young people in the region looking at an unclear future, that has to change," he said.