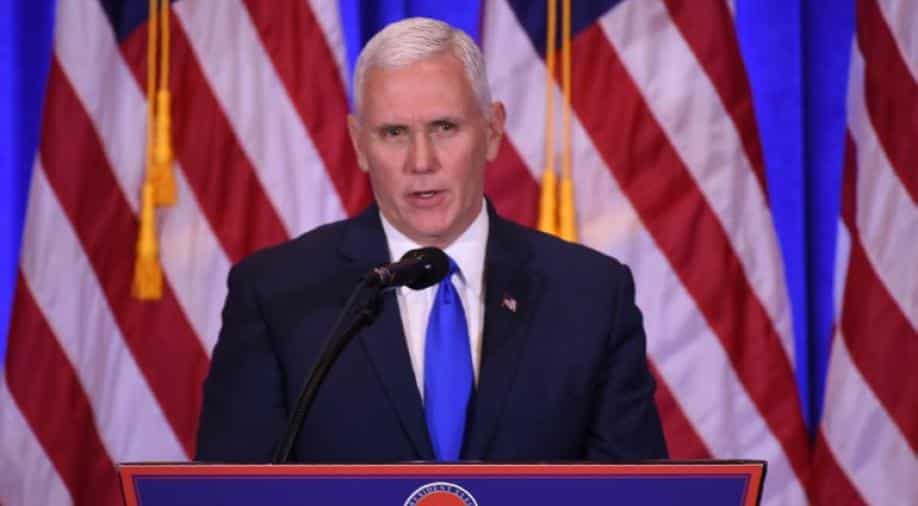 Mike Pence said Guaido, who has declared himself interim leader and has won US  and international support to replace Nicolas Maduro, deserved that 'the rest of the world' recognise him.

US Vice President Mike Pence pressed European countries on Saturday to withdraw from a nuclear deal between Iran and major powers and urged them to be wary of using telecoms equipment supplied by Chinese provider Huawei.

"The time has come for our European partners to withdraw from the Iran nuclear deal and join us as we bring the economic and diplomatic pressure necessary to give the Iranian people, the region, and the world, the peace, security and freedom they deserve."

He also called for the European Union must to recognise Venezuelan congress leader Juan Guaido as the president of the South American country, pressing not just individual European governments but the bloc as a whole.

"We call on the European Union to step forward for freedom and recognise Juan Guaido as the only legitimate president of Venezuela," Pence said.

Pence said Guaido, who has declared himself interim leader and has won the US and international support to replace Nicolas Maduro, deserved that "the rest of the world" recognise him, and called Maduro a dictator who must step down.

The audience at the speech included the largest American delegation to ever attend the Munich Security Conference.