US raises pressure on Venezuela's Maduro via sanctions, aid airlift 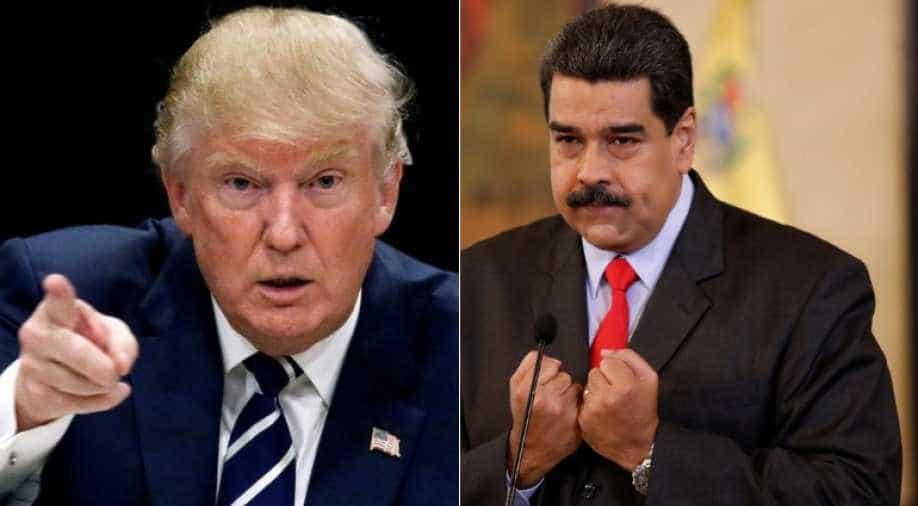 The steps are part of a wider effort by the United States to undermine Maduro, whose 2018 election it views as illegitimate and whose government it has disavowed, and to strengthen opposition leader and self-declared president Juan Guaido.

The United States ratcheted up pressure on Venezuelan President Nicolas Maduro on Friday by sanctioning some of his top security officials and the head of the state oil company, and unveiling plans to airlift over 200 tons of aid to the Colombian border.

The US Treasury said it sanctioned PDVSA chief Manuel Quevedo, three top intelligence officials and Rafael Bastardo, who US officials say is the head of a national police unit responsible for dozens of extrajudicial killings carried out in nighttime raids on Maduro's behalf.

Separately, the US State Department said on Friday it was working with the Pentagon and US aid agency to fly humanitarian assistance on Saturday to Cucuta, Colombia, on the Venezuelan border.

The steps are part of a wider effort by the United States to undermine Maduro, whose 2018 election it views as illegitimate and whose government it has disavowed, and to strengthen opposition leader and self-declared president Juan Guaido.

Quevedo said on Twitter the Venezuelan officials were being sanctioned for guaranteeing peace, building homes and condemning the "coup and military plan of the United States, its allies" and Guaido.

US military aircraft were expected to deliver more than 200 tons of humanitarian aid to the border town, a US official said. The United States already has pre-positioned some relief supplies in Colombia and is coordinating with Guaido to mobilize aid for Venezuelans, a State Department spokeswoman said.

It was unclear whether any of the US aid being ferried to Colombia would reach Venezuelans.

Maduro, who has overseen an economic collapse in the oil-rich country that has left millions struggling to buy food and medicine and fuelled an unprecedented migration crisis in the region, has refused to allow supplies in.

"This man Maduro has created a humanitarian crisis," US Secretary of State Mike Pompeo told reporters in Reykjavik. "As soon as this weekend we will continue to deliver massive humanitarian assistance. Hopefully, Mr Maduro will allow that into his country."

The aid convoy dispatched by the United States and Colombia arrived in Cucuta last week, where it is being held in warehouses.

US President Donald Trump's national security adviser John Bolton worked to undermine Maduro on Friday, saying economic and political pressure was squeezing his top government officials and claiming without offering any evidence that "a clear majority, maybe almost all of them" were talking to the opposition about supporting Guaido or leaving the country.

Bolton appeared to confirm reports that Venezuelan Foreign Minister Jorge Arreaza met in New York with US special envoy for Venezuela Elliott Abrams, and suggested Maduro should ask himself what they talked about.

Bolton also said he thought "Russia and China are hedging" their support for Maduro because of concern about the Maduro government's indebtedness to Moscow and Beijing.

Guaido invoked constitutional provisions to declare himself interim president last month, arguing that Maduro's 2018 re-election was a sham. Most Western countries, including the United States and many of Venezuela's neighbours, have recognised Guaido as the legitimate head of state.

Maduro retains the backing of Russia and China and control of Venezuelan state institutions including the military.

The US Treasury took aim at some of Maduro's allies with its sanctions on Friday.

"We are sanctioning officials in charge of Maduro's security and intelligence apparatus, which has systematically violated human rights and suppressed democracy, including through torture," Treasury Secretary Steven Mnuchin said in a statement.

The Treasury's action freezes all property in the United States belonging to the five sanctioned officials as well as that of any entities in which they own 50 per cent or more.

In a sign that the Trump administration may be trying to split the men from Maduro, the Treasury Department noted in its statement that "US sanctions need not to be permanent; sanctions are intended to bring about a positive change of behaviour."

"The United States has made clear that we will consider lifting sanctions for persons ... who take concrete and meaningful actions to restore democratic order, refuse to take part in human rights abuses, speak out against abuses committed by the government, and combat corruption in Venezuela," it said.