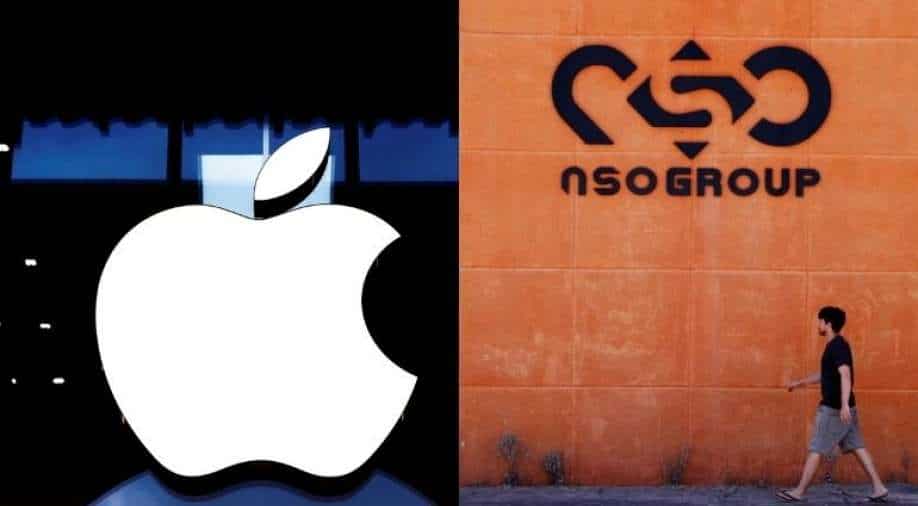 Through Pegasus, infected smartphones become pocket spying devices that allow users to read target's read messages, view photos, track location, and even turn on the camera without the target's knowledge

In light of the Pegasus spying scandal, Apple on Tuesday has filed a lawsuit seeking to prevent NSO Group from targeting the over one billion iPhones in circulation.

Silicon Valley giant's suit adds to the trouble that is plaguing NSO, an Israeli spyware maker embroiled in controversy over reports that tens of thousands of activists, journalists and politicians may be targeted by its Pegasus spyware.

"To prevent further abuse and harm to its users, Apple is also seeking a permanent injunction to ban NSO Group from using any Apple software, services, or devices," Apple said in a statement announcing the lawsuit filed in US federal court in California.

The NSO has consistently denied any wrongdoing and insisted its software is intended only for use by authorities in combating terrorism and other crimes.

"Pedophiles and terrorists can freely operate in technological safe-havens, and we provide governments the lawful tools to fight it. NSO group will continue to advocate for the truth," the firm said in a statement.

Through Pegasus, infected smartphones become pocket spying devices that allow users to read target's read messages, view photos, track location, and even turn on the camera without the target's knowledge.

Apple is not the first big tech firm to sue -- Facebook sued NSO Group in 2019, accusing it of carrying out cyber espionage against journalists, human rights activists, and others through WhatsApp.

The lawsuit filed in federal court in California alleges that approximately 1,400 devices were compromised with malicious software to steal valuable information.

"This can't be good news for NSO, which is reportedly in danger of default with over $500 million in debt, a recent leadership shakeup with their CEO, and France pulling out of a planned purchase after the US sanctions," said Jake Williams from cybersecurity firm BreachQuest.

The initial concern about Pegasus was followed by another wave of concerns when Apple released a "fix" in September for a vulnerability that allowed NSO's spyware to infect devices without the user even clicking on a malicious message or link.

On Tuesday, Apple said it is notifying a "small number" of users who may have been attacked in that way.

"Mercenary spyware firms like NSO Group have facilitated some of the world's worst human rights abuses and acts of transnational repression, while enriching themselves and their investors," said Citizen Lab director Ron Deibert.