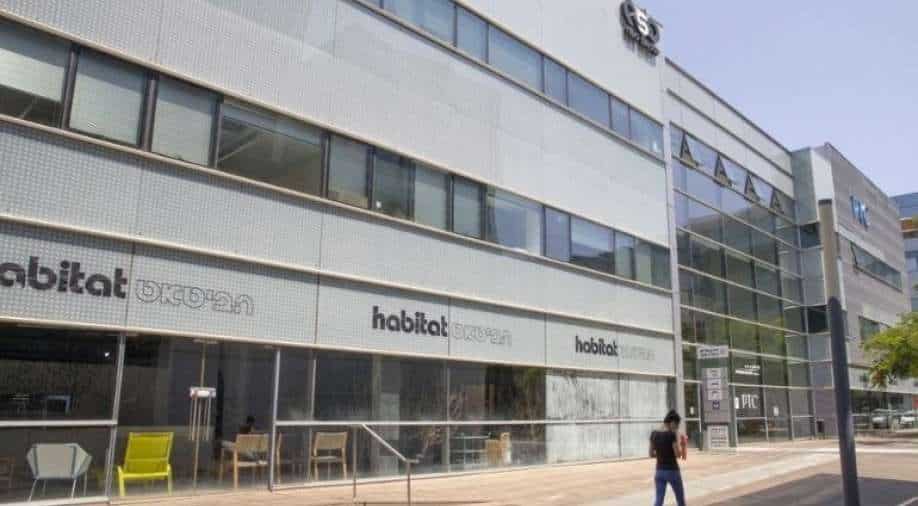 An Israeli woman walks in front of the building housing the Israeli NSO group Photograph:( AFP )

According to US Secretary of Commerce Gina Raimondo, ''The United States is committed to aggressively using export controls to hold companies accountable that develop, traffic, or use technologies to conduct malicious activities that threaten the cybersecurity of members of civil society, dissidents, government officials, and organisations here and abroad.''

The department has accused the firm of conducting ''transnational repression'' and selling its spyware to foreign governments that used the equipment to target government officials.

In response, the NSO said it was ''dismayed by the decision given that our technologies support US national security interests and policies by preventing terrorism and crime, and thus we will advocate for this decision to be reversed.''

''We look forward to presenting the full information regarding how we have the world's most rigorous compliance and human rights programmes that are based [on] the American values we deeply share.''

Russia's Positive Technologies and Singapore's Computer Security Initiative Consultancy PTE LTD have also been added to the ''entity list'' by the US Commerce Department.

The Biden administration has ramped up its efforts to promote human rights to make it the centre of US foreign policy.

The company is also being sued by Mark Zuckerberg for allegedly targeting some 1,400 users of its encrypted messaging service WhatsApp with its spyware.

In 2019, Chinese telecom company Huawei was added to the blacklist, cutting it off from some key US suppliers and making it difficult for them to produce mobile handsets.