'Pathetic!': US President Trump lashes out at virus coordinator 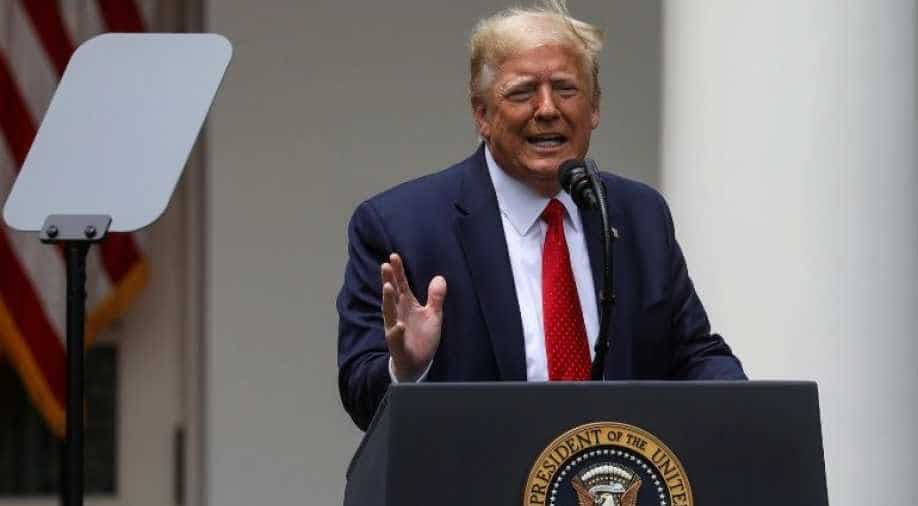 Trump said that Birx's warning was issued only after she was attacked by the Democratic speaker of the House of Representatives, Nancy Pelosi.

President Donald Trump on Monday lashed out at his coronavirus response coordinator Deborah Birx after she sounded a grim warning about the pandemic's new surge, calling her remarks "pathetic."

Trump, angered by what he sees as overly pessimistic media coverage of his handling of the pandemic, said Birx had given into pressure to sound negative.

"Deborah took the bait & hit us. Pathetic!" he tweeted.

On Sunday, Birx told CNN that the United States, which has already seen nearly 155,000 deaths from COVID-19, is entering "a new phase" of viral spread.

"It is extraordinarily widespread," she said. "To everybody who lives in a rural area, you are not immune or protected from this virus."

Trump said that Birx's warning was issued only after she was attacked by the Democratic speaker of the House of Representatives, Nancy Pelosi.

Pelosi and other Democrats have gone after Birx, a veteran public health expert, over what they say is her willingness to tailor her messages to win approval from Trump.

Also read: Children should go back to school even if studies show they spread coronavirus: White House

"I think the president is spreading disinformation about the virus and she is his appointee, so I don't have confidence there, no," Pelosi said on ABC television.

On Sunday, the White House sprang to Birx's defense.

"So Crazy Nancy Pelosi said horrible things about Dr. Deborah Birx, going after her because she was too positive on the very good job we are doing on combatting the China Virus, including Vaccines & Therapeutics. In order to counter Nancy, Deborah took the bait & hit us. Pathetic!"

The other main public face of the US medical response to the coronavirus, Doctor Anthony Fauci, has come in for frequent rough treatment at the hands of the White House and sometimes Trump himself.

Trump has called Fauci "alarmist," suggested he is misleading the public, and last week said it was unfair that the doctor's public approval ratings are so much higher than his own.