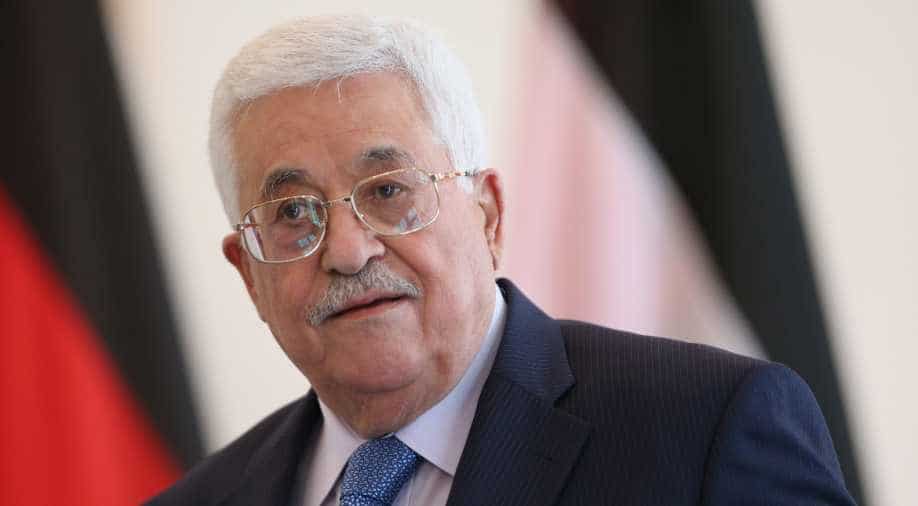 In an interview with Le Figaro newspaper on Saturday Abbas said he had written to Trump to warn him against moving the embassy. In photo: Mahmoud Abbas on April 19, 2016. Photograph:( Getty )

Palestinian President Mahmoud Abbas discussed the Middle East with Pope Francis on Saturday and said prospects for peace there will suffer if US president-elect Donald Trump moves Washington's embassy in Israel to Jerusalem.

"We are waiting to see if it happens. If it does, it will not help peace and we hope it does not happen," Abbas told reporters outside the Vatican gates minutes after 25 minutes of talks with the pope.

Abbas, who spoke through an interpreter, stopped in Rome to open the new embassy of the State of Palestine to the Vatican.

Trump's promise to relocate the US Embassy from Tel Aviv to Jerusalem would upend decades of US policy. Israel and the Palestinians, who are seeking a state of their own, both claim Jerusalem as their capital. Successive US administrations have said the city’s status must be negotiated.

Jerusalem, which Israeli has declared its "united and eternal capital," is home to sites sacred to Jews, Muslims and Christians.

The Vatican, which keeps its embassy to Israel in Jaffa and also backs a two-state solution, implicitly recognised a Palestinian state for years but in 2015 made it official by signing a treaty with the State of Palestine.

As he was leaving the pope's study, Abbas said the opening of the new embassy to the Vatican was "a sign that the pope loves the people of Palestine and loves peace."

In a statement, the Vatican called for a resumption of direct negotiations between Israelis and Palestinians "to bring an end to the violence that causes unacceptable suffering to civilian populations, and to find a just and lasting solution."

It called for a climate that could lead to "courageous decisions".

In an interview with Le Figaro newspaper on Saturday Abbas said he had written to Trump to warn him against moving the embassy.

"Not only would it strip the United States of all its legitimacy to play a role in resolving the conflict, but it would reduce to nothing a two-state solution."

He said the Palestinians would discuss several options on how to respond after consultations with Arab states.

"Going back on our recognition of Israel is one of them, but we hope that we won't get there and will be able to work with the next American administration," Abbas said.