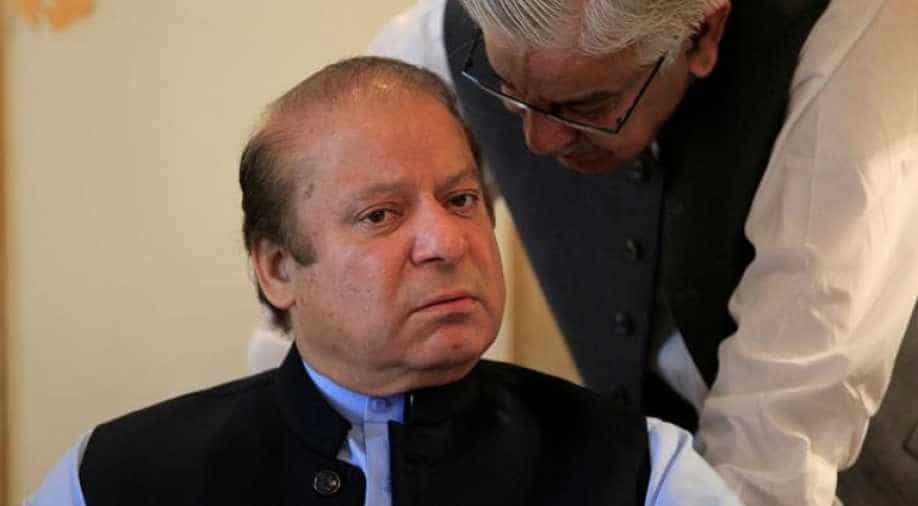 Ousted Pakistani Prime Minister Nawaz Sharif vowed to fight graft accusations after he appeared before an anti-corruption court on Tuesday, kicking off a trial threatening his party's chances at the next general election due in mid-2018.

Returning to Pakistan following a month abroad, Sharif lashed out against the judiciary after briefly appearing before a National Accountability Bureau (NAB) court in Islamabad on three charges. He did not enter a plea.

"I am fighting baseless cases based on lies and also getting punished," he told reporters.

TV channels reported that Sharif was scheduled to be formally charged on Oct. 2, about two months after his disqualification by the Supreme Court for not declaring a small source of income that he denied receiving.

Sharif, who returned from London on Monday, has portrayed his disqualification as efforts to subvert the will of the electorate.

"I hope that there might be some justice still alive," Sharif said.

Sharif says the corruption claims against the family are politically motivated, while his allies, including daughter and heir-apparent Maryam, have hinted Pakistan's powerful military had a hand in his toppling. The military denies any such action.

Two of Sharif's sons and Maryam are also due to appear before a NAB court, as well as Finance Minister Ishaq Dar, a long-time ally who is married into the Sharif family.

"It's a good thing that finally NAB and such institutions are holding rich and powerful to account," said Shafqat Mahmood, a senior member of the opposition Pakistan Tehreek-e-Insaf (PTI) party.

PTI, led by cricketer-turned-politician Imran Khan who doggedly pushed the Supreme Court into launching the corruption probe into Sharif, has called for an early election but it is unlikely the government will agree to that.

Sharif's return to Pakistan quashed growing speculation that his absence was the start of another period in exile for the veteran leader whose three stints as prime minister were all cut short, including one by a military coup in 1999.

Analysts say Sharif's return to Pakistan was in large part due to fears of defections within the PML-N, a common occurrence in a nation where politicians switch allegiances ahead of polls depending on which way the political winds are blowing.

The Supreme Court has told the NAB courts that the trials into the Sharifs must be over within six months, with opponents betting that a flow of negative news from the trials will hurt PML-N's popularity at the next election.