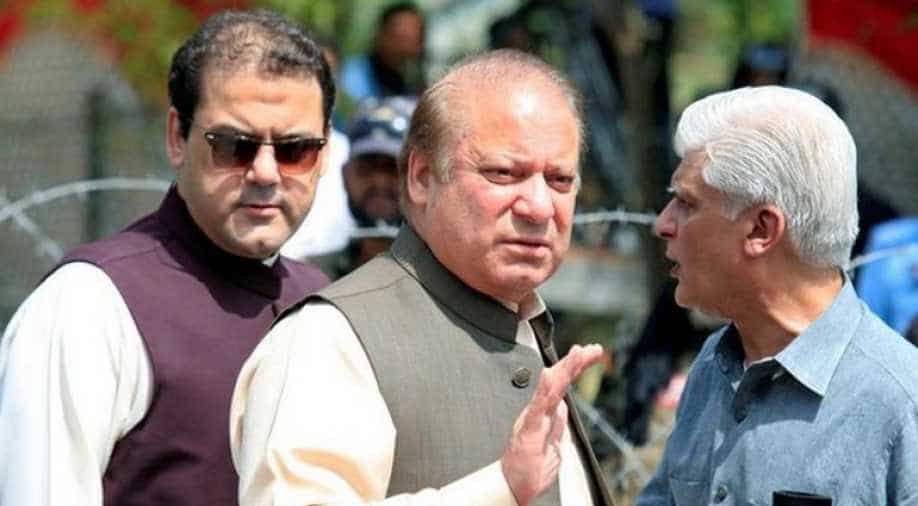 Nawaz Sharif had filed a plea in the Supreme Court of Pakistan seeking a review of its July verdict in the Panamagate scandal. Photograph:( ANI )

In a blow to Pakistan's former Prime Minister Nawaz Sharif, the Supreme Court has rejected the petitions filed by Sharif and his children challenging its July Panamagate verdict that disqualified him as the prime minister.

The petitions, which were filed by Nawaz Sharif, his three children - Hussain Nawaz, Hassan Nawaz, Maryam Nawaz, Captain Safdar and Ishaq Dar, sought a review of the earlier Supreme Court verdict which came in July and led to the disqualification of Nawaz Sharif as the prime minister of Pakistan.

The Supreme Court had ruled that Nawaz Sharif had been dishonest in not revealing his employment in the Dubai-based FZE company.

The top court had also asked the National Accountability Bureau (NAB) to file corruption cases against the Nawaz Sharif family.

The accountability court, on Wednesday, summoned Nawaz Sharif and his sons Hussain and Hassan on September 19.